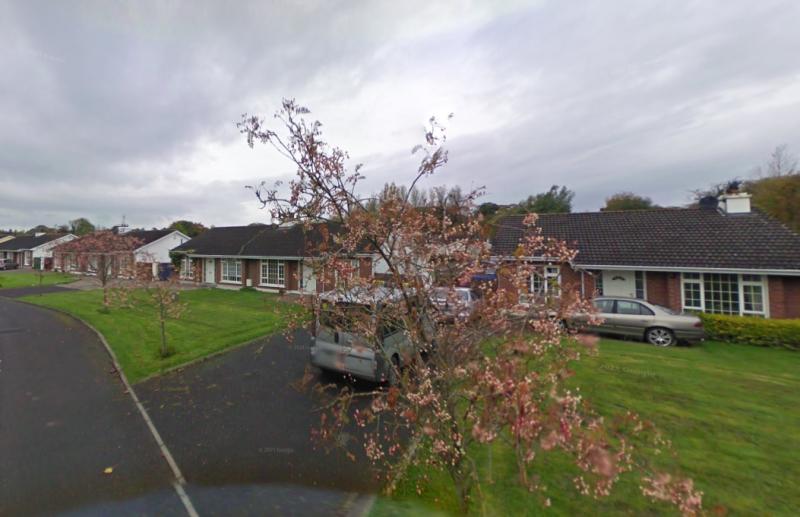 Residents in a Laois housing estate, many of them said to be elderly, are in fear of winter floods because a river cannot be cleaned out until lengthy environmental laws are followed.

The Glendowns estate on the Stradbally road in Portlaoise includes a small river widened into a pond that has flooded into the past into some gardens.

The residents have for several years been asking Laois County Council to clear out the waterways of fallen trees, branches and silt.

The council is in full agreement that the job needs doing, but their hands are tied, says Director of Services Simon Walton.

"Nobody including the councillors doubts the need for these works to be undertaken. The issue is the process we are legally bound by," he said.

The problem is that the Glendowns pond connnects eventually to the River Barrow, which has a Special Area of Conservation. The council was legally bound to carry out an Appropriate Assessment Screening, and that concluded that any works have the potential to release nutrients and suspended solids downstrem to the River Barrow. That means that the council must do a Natura Impact Assessment, a lengthy set of surveys and studies.

Those surveys began in 2018 but the work cannot be done until 2023, and even then it depends on An Bord Pleanála approving the application by Laois County Council to do it.

"The Glendowns work may appear relatively straightforward. We have surveys dating back to 2018. We have given our commitment to doing it. A NIS is a very beefy assessment and An Bord Pleanála normally take six to nine months to adjudicate. We cannot commit to doing work in the window of May to September next year but we would love to do so.

"I appreciate the concerns of residents," Mr Walton said.

Cllr Willie Aird had tabled a motion requesting an update on the proposed works, to the September meeting of Portlaoise Municipal District.

"Which is more important? Is it going in to clean something or seeing houses flooded? I guarantee it would do nothing to the flora and fauna. the last thing we want to see as public representatives is flooding.

"This is taking over five years of a delay for a problem we can't solve. All these reports are not going to help in the interim. It's very easy hide behind reports. The bottom line is you also have to do maintenance work.

"There is a huge frustration with residents, it takes such a long time. The more rivers are cleaned, the faster the water flows and the more fish. When we started cleaning the River Triogue the eels came back," he said.

He asked for "some bit of cleaning" to alleviate the frustration of residents.

Cllr Catherine Fitzgerald said that the situation is frightening.

"Some have fear their houses will be flooded. It's frightening," she said.

"There is a real concern properties could be flooded. It has happened before where water got in," she said.

Cllr Noel Tuohy said that many of the residents are elderly, and added that it was the function of Midlands Prison to clear a grate of debris from the same river before it flooded there.

"I'd have grave concerns myself with the extreme weather that they will be flooded," he said of Glendowns.

Mr Walton added that the council can do emergency works.

"We have emergency powers, but you have to be very confident when invoking them, and only if there are absolutely extreme circumstances," he said.