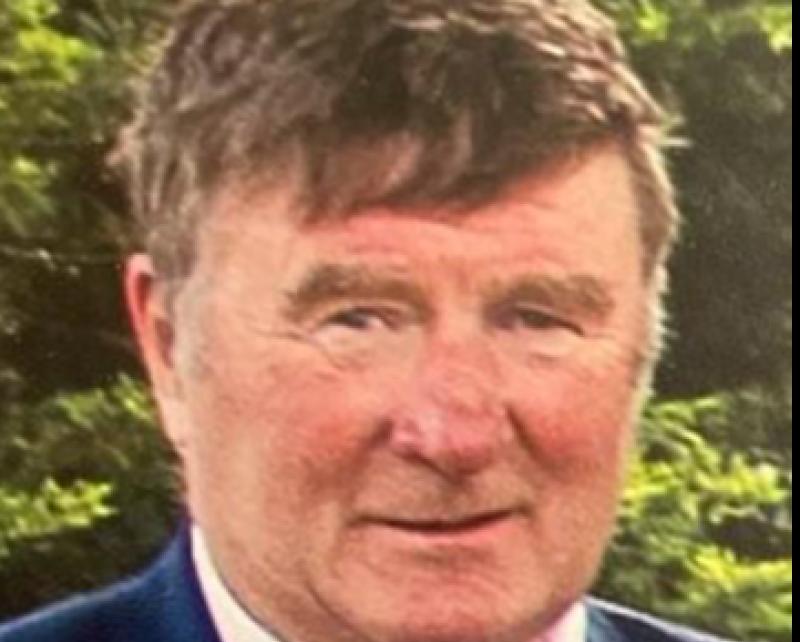 Widespread sadness has greeted the news of the death of Leo Brennan who was a well known figure in sporting circles.

Mr Brennan died peacefully at Our Lady's Hospice, Harold's Cross on Tuesday, September 14. Originally from Wolfhill, he was a retired Garda living in Clondalkin.

Leo was one of 14 siblings of the well known Brennan family who are intrinsically linked to St. Joseph's. Alongside his brothers Dessie and Kieran, he played for Joseph's and Laois in the 1960s, 70s and 80s.

The club paid tribute to him,

"Leo was a prodigious footballer who excelled on the Laois minor football team that won the Leinster Championship in 1967 alongside his fellow St. Joseph’s players Kevin O’Brien, Tony O’Brien, Seamus Fleming (RIP),John Hovenden and Michael Murphy.

"Leo started his career with the Irish Defence Forces and served overseas with them. Then he joined An Garda Siochána and worked in Store Street Garda Station for most of his career. In recent years he enjoyed a well earned retirement.

"Those who wore the yellow and blue with Leo or witnessed him play talk about him with reverence and pride and reference his skill and panache on the football field. No strength and conditioning programmes in the 70s but Leo always cut a commanding figure on the edge of the square in our jersey. In his playing days few direct opponents could overcome his strength and guile on the football field.

"When one had a conversation with Leo , it was clearly evident that he had a deep knowledge of Gaelic football. He was very astute, intelligent and articulate. A bit of a rogue! Possessing a sharp wit, he could banter with the best. Obviously he was more than able for all comers in Pedigree Corner and elsewhere.

"As we celebrate Leo’s life, we remember his recently deceased brother Gerry and extend our sympathies to his family.

"St. Joseph’s G.F.C. wish to express our sincere condolences to all his family and friends.

"Leo: One of the all time great St. Joseph’s footballers now enjoys his eternal reward in heaven. At dheis Dé go raibh a anam dílis."

Reposing at his residence on Friday, September 16, from 4pm to 8pm. Removal to the Church of the Presentation, Knockmitten, Clondalkin, Dublin 22, for Requiem Mass at 11am on Saturday, September 17. Burial afterwards in St. Joseph’s Cemetery, Ballyadams. Those who wish to do so may view the Mass on the following link https://mcnmedia.tv/camera/church-of-the-presentation.