'All bets are off' - it's an energy emergency - implores Laois representative 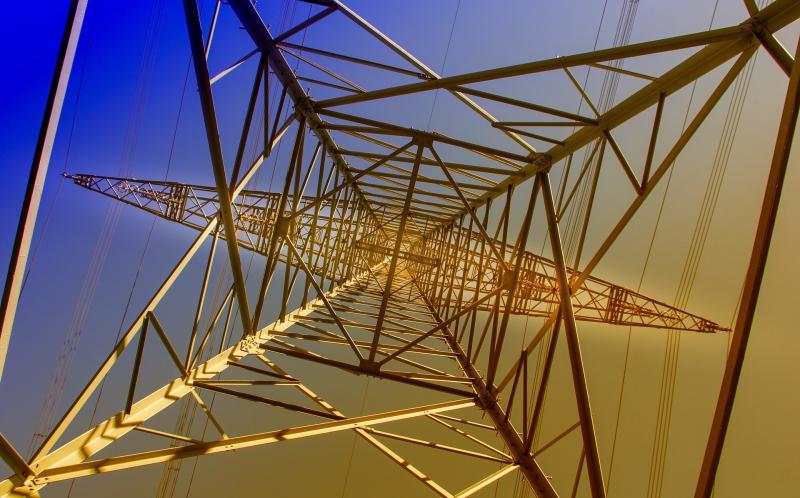 Sky appears to be the limit for rising electricity prices

Electricity prices must be capped and two midlands power stations to be reopened to help cope with the energy crisis, according to Laois Offaly TD Brian Stanley.

Speaking in the Dáil he said his party, Sinn Féin, is putting forward a proposal to protect households from any further price gouging by big electricity suppliers. He outlined what they were.

"We are calling for electricity prices to be reduced and capped at 2021 levels throughout the winter period, until at least February 2023. Irish households have experienced soaring price hikes and energy costs as well as other crippling increases in prices in a whole range of areas including food, transport and others.

"They badly need support. There have been almost 50 energy price increases over the past year. The Financial Times places Ireland 26th out of 27 countries in the EU with regard to State support for households during the energy crisis," he said.

The General Election poll topper said there must be a response to the facts.

“This Government can no longer sit on its hands while workers and families struggle and people freeze with the cold this winter. The so-called market is broken. Sinn Féin is calling for a proactive response to this crisis. We would establish a fund of €1.6 billion, which is affordable, and would be ring-fenced from this year's budget surplus of €4.5 billion. That is without going near the contingency fund of €2.5 billion. This would be supported by revenue from a windfall tax on energy companies,’’ he said.

“This windfall tax would be applied to any excess profits made by electricity suppliers as has been done in a number of other European countries. This is an anti-inflationary measure which would reduce prices at source and help right across the economy. The €1.6 billion fund would provide households with energy security and certainty throughout the winter. It would save households in the region of €600 on their bills and would stop price gouging by the big suppliers. Our approach is in stark contrast to the Government's, which is inflationary. We are not writing a blank cheque for energy companies to extract profits. Any excess profits would be taxed to stop this. That is the difference.

“Sinn Féin also proposes cost-of-living cash payments. Those earning €21,000 a year would receive a cash payment of €500 while those earning €40,000 would receive €407. The figure would be tapered further on incomes up to €60,000, beyond which nothing would be received. These emergency measures would help households throughout the winter and are badly needed," he said.

Laois Hospice thanks Taoiseach for €20million for 'urgent' Midlands hospice

The TD also spoke about the need and ways to address supply problems.

“With regard to energy security, a number of years ago, I raised in this Chamber the need for the power stations at Shannonbridge and Lough Ree to be kept open. The power station in Edenderry has been co-fired and is now moving completely to biomass.

"The same thing could be done in those two power stations. I pointed out that these are in pivotal positions on the energy grid. The cutaway bogs surrounding the stations have ample space for solar panels. They are plug-in points to the electricity grid. We need dispatchable power. Wind power could also be plugged in at these sites.

"I raised these issues with the Minister of State's party leader, who was on the Joint Committee on Climate Action at the time, and he told me that, if we were stuck for power, we could import nuclear power from Britain. At that time, I told him that what we needed was dispatchable power here in this country. We could have had that.

“That should have been done at the time. Instead, Fianna Fáil, Fine Gael and now the Green Party have sleepwalked us into this energy security crisis. What is the Government's proposal? It is to import generators. I heard the Taoiseach on the radio yesterday morning. He did not inspire confidence in me. If I heard him correctly, he said that it would be September 2023 before these emergency generators were in place. I understand that a figure of €40 million was mentioned," said the TD.

He asked: "What are these to be fuelled with? Is it diesel?"

He said the situation is urgent.

"Forget about the cul-de-sac the Government has allowed us to walk into and to look again at Shannonbridge and Lough Ree. Let us face up to common sense and work with good companies such as Bord na Móna, which we own, and the ESB to get this power going. EU rules can be waived in an emergency," he said.

He also raised the topic of wind power.

"This Government, and every Government over the past 12 years, has dragged its heels with regard to planning regulations for offshore wind generation. After 20 years, we have seven turbines off our coast. It is a scandal. We should be exporting energy. We should be a net exporter of energy to the rest of Europe," he said.

Dep Stanley said the measures put forward by Sinn Féin go some way towards doing that and he hoped European actions would tackle the big generators also will.

He said it was clear that urgent actions are required.

"In an emergency, all bets are off with regard to the rules. We both know that. Let us move to a greener future in which jobs and energy security are produced and in which prices are lowered," he said.

He insisted that the measures put forward by Sinn Féin along with the once-off financial package for households should be implemented.