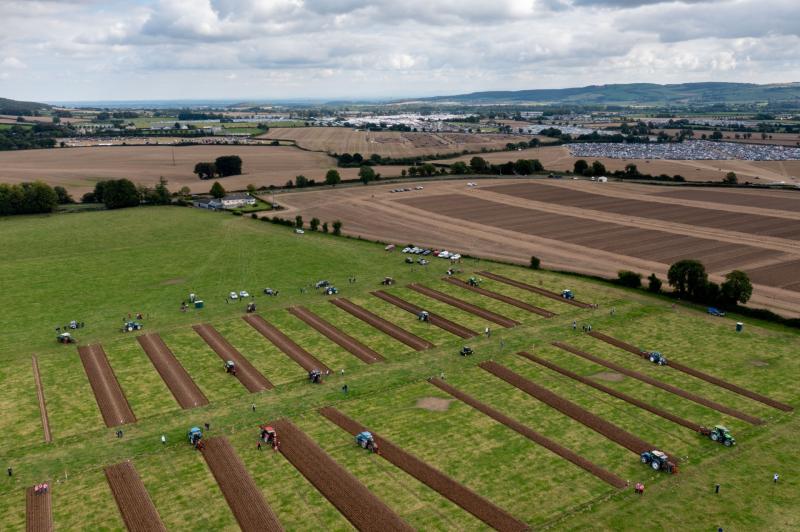 More fine autumnal weather is on the cards for day two of the ploughing championships in Laois but the forecast has changed for the worse for Thursday.

After a fine day on Tuesday, Met Eireann says Wednesday will be mainly dry and sunny for most places. It says highest temperatures will peak at a balmy 20 degrees with southerly winds increasing moderate to fresh.

A change will start to be felt on Wednesday night which will be rather breezy with rain developing in Atlantic coastal counties. While it will be dry elsewhere for most of the night, rain will begin to edge in from the west towards dawn Thursday.

Met Éireann's outlook for Thursday is changed from what had been forecasted in the run into the ploughing.

It had been thought that the rain would hold off until Thursday night, however, Met Éireann now expects the situation to become more changeable with rain during the day. MORE BELOW TWEET.

Evelyn Cusack of @MetEireann explains the ins and outs of Storm Naming at #Ploughing2022 pic.twitter.com/3HaVmfZE6E

Met Éireann says says rain will extend to most of the country on Thursday morning, turning heavy in places. While it will become drier and brighter in the west and northwest of Ireland by afternoon, it will remain cloudy and wet elsewhere with further outbreaks of rain.

The forecaster says the rain will become confined to the southeast by evening time with drier conditios elsewhere. Highest temperatures will be between 14 to 17 degrees with fresh southwest winds, veering northwest and easing.

Any lingering rain in the southeast will clear on Thursday night and it will be dry across most of the country with clear spells and some fog patches.