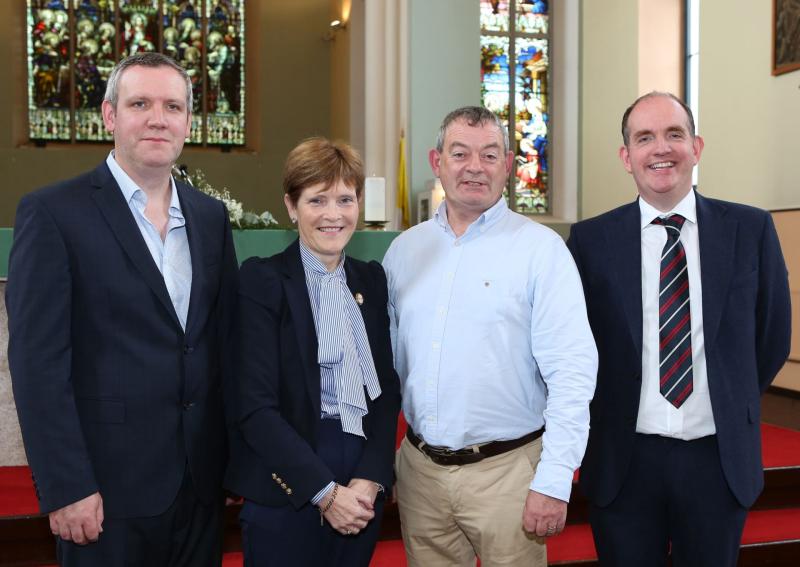 A new principal has been announced for the largest secondary school in Laois.

Coláiste Iosagáin in Portarlington has announced the replacement for Seamus Bennett, who is retiring after 22 years serving in the post.

The school with over 1,000 pupils on the Laois Offaly border, will now be led by Justin Brown, who is one of several Deputy Principals.

They made the announcement this Thursday, following a retirement ceremony for Mr Bennett.

"Justin Brown has been announced as the new principal of Colaiste Iosagàin, Portarlington. Justin will take up his position on the 3rd of October. We wish him the very best of luck," the school said.

Many have wished him well in the new job.

"Congratulations, great memories of him teaching me between 2004-2006," said John Gerard Molloy.

"Congrats Justin a true gentleman I know he will hit the ground running," Emlyn O'Reilly said.

"Congratulations Justin from us all in Presentation Primary. We are delighted for you. Looking forward to great collaboration for the future generations!," the Portarlington girls school said.

"Congratulations Justin. Well done and well deserved. Every good wish and blessing as you take on this major responsibility," Portlaoise Parish said.

"Comhghairdeas agus beannachtaí do Justin and best wishes to Séamus in his retirement".

Yesterday we formally said farewell to our Principal Seamus Bennett. Although he will be with us for a few more weeks we wanted to do it as part of our opening year mass. Happy Retirement Seamus ⁦@ceist1⁩ ⁦@EmoParish⁩ ⁦@love_port⁩ ⁦@LaoisToday⁩ pic.twitter.com/ZgzbafvE44

"Yesterday we formally said farewell to our Principal Seamus Bennett. Although he will be with us for a few more weeks we wanted to do it as part of our opening year mass. Happy Retirement Seamus".

The school bade a fond farewell to Seamus Bennett on Thursday, with pupils lining the road clapping and cheering for a guard of honour as he walked back to the building after what was his final school mass as principal, held in St Michael's Church.