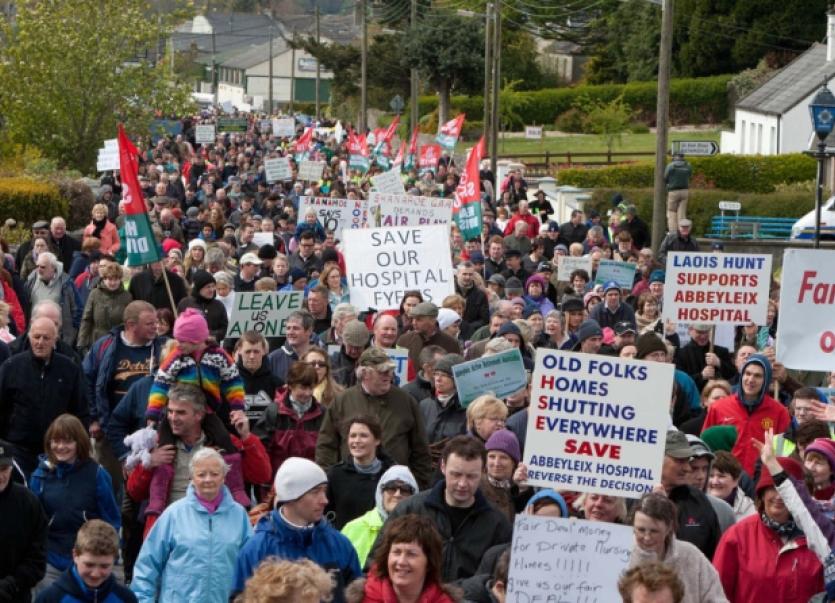 Decisions on the future of of community hospitals in Laois have been delayed further after reports on their futures were returned to the HSE.

Decisions on the future of of community hospitals in Laois have been delayed further after reports on their futures were returned to the HSE.

A decision on the future of the two nursing homes was expected before Christmas, but nine months later that decision is no closer to being reached. The Minister for Health James Reilly has the final say according to the HSE.

Sinn Fein TD, Brian Stanley, who raised the issue in the Dail this week with Minister of State Kathleen Lynch, accused the government of passing the parcel.

“They are passing the parcel around, and it has now been passed back to the HSE,” he said.

Deputy Stanley called on the Minister for Health to come clean on plans for Abbeyleix and Shaen. Their closure were announced almost two years ago but halted in the High Court.

“The Minister of State Kathleen Lynch stated that all documents are currently being re-examined by the HSE. This is a very disappointing and disturbing development.”

“Patients and their families have been waiting too long for answers. The Hospital staff and committees want answers and I, as a local TD, demand an answer and not more false dates for announcements.”

The Department said all relevant information and submissions were presented to the HSE Designated Officer on August 16 2012 who made a submission to the Department in December 2012.

“Following its consideration the Department sought clarification on a number of points and in this context awaits the HSE’s response. The Department will then be in a position to finalise a submission for the Minister’s consideration. This process is expected to conclude shortly,” a statement said.

With just 18 patients left in Abbeyleix, and a similar number in Shaen, Dep Stanley claimed the “Government is intentionally and cynically reducing the number of patient” to make them uneconomic.