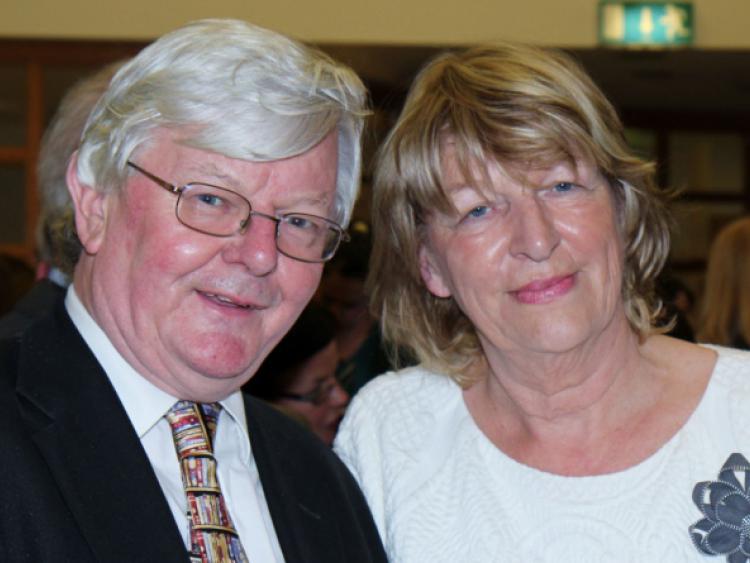 I am going to start with a quotation :

“When he passed to his eternal reward at the early age of 42, the people of Ireland had lost a true friend who by his zeal for justice had infused into the people a bitter hatred of the system by which a privileged few could dominate the whole population of a country.”

No, it’s not from an obituary in today’s paper on the death of some radical politician, journalist or trade unionist. The quotation is from the Souvenir Programme of The James Fintan Lalor Centenary Celebrations on Sunday 4th December 1949 held in Portlaoise and it was written by a local journalist Richard Barrett 64 years ago assessing the political and historical impact of local hero and national political activist and visionary James Fintan lalor.

In the clamour of voices demanding to be heard in the turmoil and agitation of 19th century Ireland the clear message of James Fintan Lalor rings down through the years asserting his belief that national independence could never be achieved at the expense of social justice. As we celebrate the life and achievements of James Fintan Lalor in his short 42 years we discover a visionary whose ringing message is still relevant in this state we are in. Out of that cacophony of voices in 19th century Ireland Lalor’s clear vision and powerful rhetoric proved, in that powerful line in Brian Friel’s play “Translations” which is set in the 1830’s, that “Confusion is not an ignoble condition.”

Out of that confusion today, as much as back then, we must confront, analyse, act and learn from past mistakes and present failures.

I am delighted to be giving the first lecture in this long overdue commemoration and celebration of the life and times and writings of James Fintan Lalor (1807 - 1849), only seven miles from Tenakill House in the Parish of Raheen which gave birth to a political activist, national visionary, land agitator and powerful campaigner whose life was lived in the passionate belief that “Ireland her own, and all therein, from the sod to the sky. The soil of Ireland for the people of Ireland”was the only way forward in the political, social and economic state of Ireland in the 19th century.

As a young man growing up in Raheen myself I was aware of James Fintan Lalor as a local hero who fought for the rights of oppressed tenant farmers and through passionate fighting words in The Nation and Irish Felon newspapers drew national attention to the plight of the poor and dispossessed. It was not until studying Irish history later that I became aware of the enormous, and largely unrecognised or unacknowledged, influence the writings and philosophy of James Fintan Lalor had on later political activists and visionaries like Michael Davitt, James Connolly and Patrick Pearse who wrote, with admiration, that Lalor’s “new gospel was self-luminous, delivered in the ringing voice of an angel.”

James Fintan Lalor’s political beliefs were forged in the cauldron of controversy at Tenakill where his father, Pat Lalor MP, a veteran of the tithe campaign and friend and ally of Daniel O’Connell, and son James Fintan were often seriously in conflict as when James Fintan denounced O’Connell and Repealers as “creeping, crawling, cowardly creatures.” For James Fintan Lalor the question of ownership of the land was central to the possibility of any serious political change in 19th century Ireland, a national issue “besides which Repeal dwarfs down into a petty parish question.”

he moved and inspired later revolutionaries like Michael Davitt, James Connolly and Patrick Pearse when he wrote:“ Somewhere and somehow and by somebody a beginning must be made. Who strikes the first blow for Ireland? Who draws first blood for Ireland? Who wins a wreath that will be green forever?”

In the Ithaca Episode of “Ulysses” James Joyce has his hero Leopold Bloom recall that in 1885 he had endorsed and “publicly expressed his adherence to the collective and national economic programme advocated by James Fintan Lalor.”

Writing about James Fintan Lalor the great socialist and revolutionary James Connolly wrote : “He died as he had lived, a revolutionist, and a rebel against all forms of of political and social injustices. In his writings, as we study them today, we find principles of action and society which have within them, not only the best plan of campaign for a country seeking its freedom through insurrection against a dominant nation, but also the seeds of the more perfect social peace of the future.”

Seamus Deane, Derry born academic, writer and Editor of The Field Day Anthology of Irish Writing gave James Fintan Lalor high profile among the political activists and revolutionary writers and thinkers 19th century Ireland: “Lalor made the land question the central social question in Ireland and he made it a national issue,thereby creating the possibility of a nationalism that would involve a social, as well as a political, revolution.”

This weekend in Portlaoise is about remembering and celebrating a forgotten hero but it is also about challenging us to think about and assess the messages and ideologies we are presented with and sold through the media, perceptions versus reality, and the absolute necessity of developing some kind of vision to lead us through these difficult and traumatic times. James Fintan Lalor proved in his lifetime and long after through those who took up his revolutionary ideas and developed them, that, in the poet William Butler Yeats’ phrases, “words alone are certain good” and that “in dreams begin responsibilities.”

In James Fintan Lalor’s life and writings we have the words and the dreams. Today in our discussions here in Portlaoise on the State of our Nation 164 years after his death, we have many words and we still have dreams. Let us talk about and confront our responsibilities.