2013 interview with Mary and Kevin Conroy 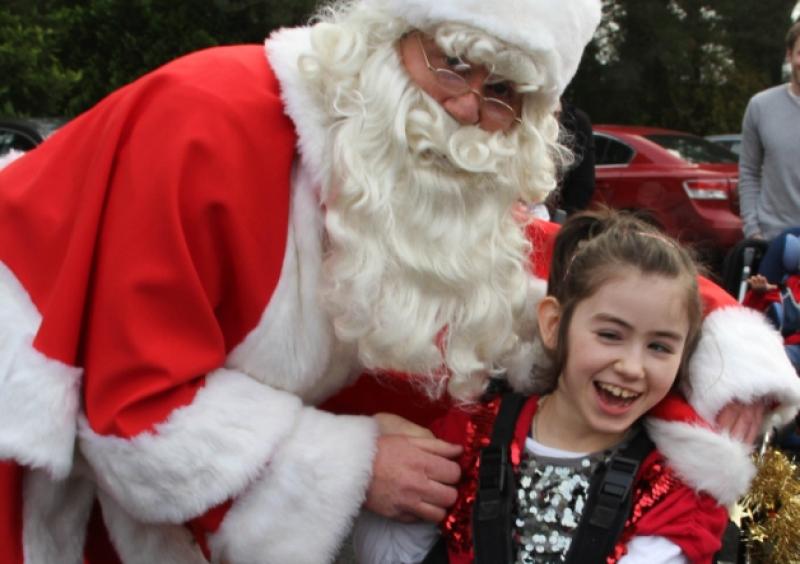 In 2013 Kevin and Mary Conroy from Laois spoke to the Leinster Express after they won a 10 year legal battle with the HSE, over injuries caused to their daughter Roisín at birth in Portlaoise Hospital.

The family also had received an apology from the HSE and from consultant obstetrician John P Corristine over failings that resulted in Roisín having dyskinetic cerebral palsy.

While cognitively perfect, she is unable to speak or make voluntary movements, needing constant 24 hour care from her parents.

A settlement of €2.6 million was made, with provision to return to court in two years to decide on further care.

It is a hard won battle for parents Kevin and Mary, who gave up work to care for Roisín. They are worn out but relieved, and optimistic about the future.

“Now we can get specialist care and therapy. Obviously it was needed earlier, but she will have all she needs now. As a family, it will benefit us, we will be able to do a lot more now. The future is much brighter,” says Kevin.

They hope to take on personal assistants for Roisín, both in school and at home. They plan to make their home more wheelchair friendly, and install a hydrotherapy pool.

“We are hoping to get a modified campervan, with a lift and a bed for Roisín, to make our family more inclusive,” said her father.

Roisín is the eldest of three, with a sister Samantha aged 9 and brother Luke aged 5, pupils in Ratheniska NS.

“She is cognitively perfect. She is a lovely bright child, and mischievous. Sammy is very close to her, very protective and concerned. She feels angry too. She has asked how did this happen, and we tell her,” says Kevin, who is still angry himself.

On November 10 2001, Mary went to the hospital when she thought her membranes had ruptured. She was reassured and told to attend her appointment with her private consultant Mr Corristine three days later, when she insisted she be admitted to hospital.

The next morning Mr Corristine prescribed drugs to induce her. She did not see him for the rest of the birth. She was put into a room and by 11.30 was in such intense pain that she briefly passed out. There was no hot water for a bath to ease pains, because building work had disrupted supply.

“Other than I went to find help, it wouldn’t have been given. They gave her an injection in her tummy for the pain,” said Kevin.

By 2pm the pain was so bad that Mary felt it must be time to give birth, and walked to the delivery room where she was put on a trace. Records of the heartbeat would later show stretches as long as seven minutes where Roisin was in distress during the labour.

“I should have been sectioned, but they made me continue, telling me push again like everything was normal. When her head crowned the cord was around her neck. They did an episiotomy and whipped her out. I got a glimpse, she was blue. I asked why she was not crying,” said Mary.

There was no paediatric team present when she gave birth but they arrived five minutes later.

“She wasn’t breathing. She was out for I don’t know how many minutes. It was a nightmare. Then she began breathing on her own and we thought we were out of the woods,” said Kevin.

At 11.50 that night, he was called back to hospital. Roisin had had a seizure.

“They had called the priest. They told us she was very sick and needed to go to Dublin. They asked if we wanted her to have the last rites and christen her, so we did that. They took two polaroids, and they took her to the Rotunda. I followed and stayed with her till 5.30am, when she was out of danger of dying,” said Kevin.

“Corristine was there. He explained there was nothing could have been done, and we were just unlucky. He said the trace had been perfect, except just at the birth when it is harder to pick up,” he said.

Mary signed herself out and they went up to see Roisín in the ICU.

When they arrived, their hope that Roisín had recovered were shattered.

“A doctor came in, looked and said ‘don’t you know your child has CP?’. Our lives just imploded. Our little girl looked so perfect,” Kevin said.

Over the next ten years they tried to help Roisin reach her milestones. At two years of age, she could stand up with help, and the couple tried their best to improve her mobility.

They found it upsetting to send her to pre-Kolbe, a pre-school for children with disabilities in Portlaoise.

“Sending your child there is a milestone no parent wants, it was a hard step. It is limited in resources and space, but the staff are brilliant,” said Kevin.

Another difficult step was accepting that she needed a wheelchair.

At five she began her education in Kolbe NS.

“She is so lucky to be there. The staff really brought her on. They are so good to her and she is so happy going there. They don’t get enough credit but they are so appreciated by us,” he said.

He says the school has suffered much with cutbacks.

“Services were much better when Roisín started. There are 18 students, very few have vocal skills, but they have no speech and language therapist, physiotherapist or occupational therapist. The kids are not getting the help they need, it is left to the teachers, and the job they do with the resources they have is incredible,” he said.

“Over the years people suggested we look into it. We thought there was no point, that doctors were bound by oath to tell us the truth, but we felt we owed it to Roisin to be sure,” he said.

The firm got medical documents released and assessed, which showed evidence that ‘questions needed to be asked’.

“We were numbed, angry, full of rage. To look at my daughter and know who was responsible,” he said.

Litigation was filed against the HSE and Mr Corristine and five weeks before last week’s court hearing, they received a letter admitting liability.

“Not only have they delayed nine years of therapy, with a further two years of legal proceedings. They were happy for the facts to remain undiscovered. That to me is despicable. We got an apology but we don’t know what happened that day, or what lessons they learned,” Kevin said.

He urges other parents who have suspicions about negligence to attend the same law firm.

“Please look into it. They owe it to their child. At least they will know nothing could have been done. Our solicitors were very professional and caring, they shielded us from the stress of it,” he said.