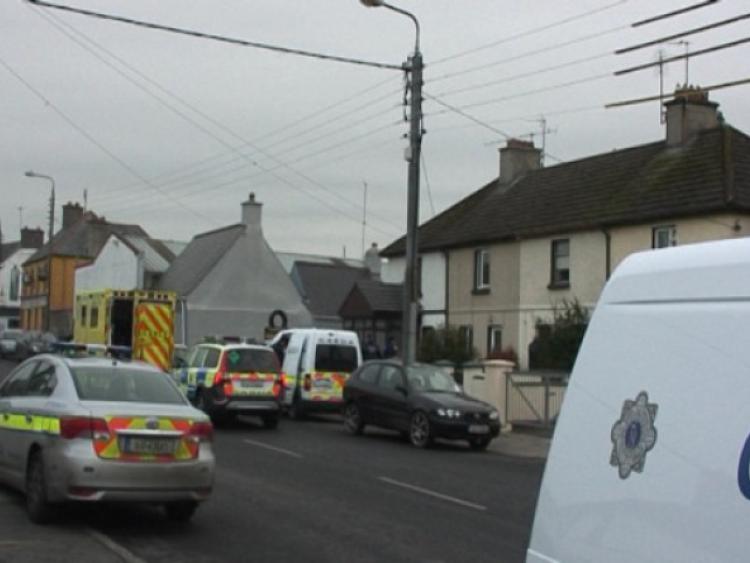 Gardaí used a taser gun to end a siege involving a man who was in an ‘agitated’ state in a house in O’Moore Street, Mountmellick last Tuesday.

Gardaí used a taser gun to end a siege involving a man who was in an ‘agitated’ state in a house in O’Moore Street, Mountmellick last Tuesday.

Local people in the Wolfe Tone Street area said the incident began at about 6.30am on Tuesday morning, after they were disturbed by the sound of a man shouting. After hearing what they said were threats of violence, they phoned the gardaí.

Gardaí arrived at 11,30am, after a 999 call. A Garda armed regional support unit, hostage negotiator and on-scene commander were also called to the scene.

The street was closed to traffic, neighbours evacuated from their houses and a media blackout called.

There were initial concerns that it was a hostage situation, as the man, aged in his thirties, lives with his elderly father, at 11 Wolfe Tone Street, which is across the road from Mountmellick Garda Station.

It later emerged, however, that the man was alone in the house, and was believed to have been armed with a knife.

Following about three hours of negotiations, gardaí made a forced entry through the front door and used a taser to subdue the man, at 3.15pm.

Within a half hour they walked him out and in to a waiting ambulance , watched by a small crowd of onlookers and press.

The man, who is believed to be originally from Dublin, was taken to Midlands Regional Hospital Portlaoise, followed by the armed response unit in a car.

Garda Superintendent Yvonne Lundon said at the scene, that the incident was successfully brought to a conclusion.

“It was a single male occupant, under stress, engaging with us in an agitated manner. He is unharmed and receiving medical treatment,” she said confirming that a taser was used.

The gardaí thanked the media for observing a blackout request of coverage which the police said assisted in ensuring that incident was brought to a safe conclusion.