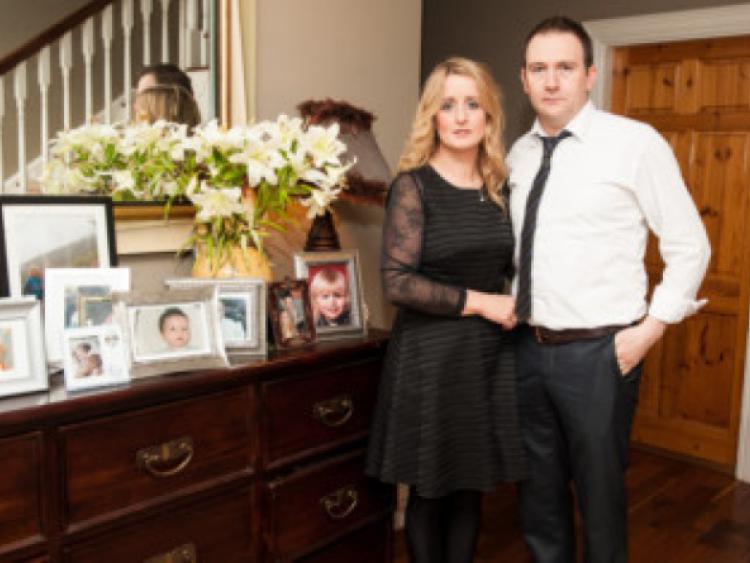 New legislation and an independent review into infant deaths is a fitting legacy to the babies who died there, according to Mark Molloy who lost his son at the hospital’s maternity unit.

New legislation and an independent review into infant deaths is a fitting legacy to the babies who died there, according to Mark Molloy who lost his son at the hospital’s maternity unit.

Mr Molloy said he and his wife Roisin are satisfied that a preliminary report is to be carried out by the chief medical officer at the Department of Health Dr Tony Holohan with a Health Information and Quality Authority (HIQA) review likely after that.

He also welcomed a statement in the Dail last week by Minister for Health James Reilly that a review will be undertaken into how statistics are compiled on safety birth rates in this country. Mark and Roisin Molloy meet with the minister in the past fortnight and pointed out what they saw as flaws in the compiling of such statistics.

A change in the policy of how the HSE deals with families in the future, is also something which Mark and Roisin welcomed. “The mental abuse of having the door slammed in your face for two years, or for five years in Shauna Keyes case and six years for Natasha Molyneaux (mothers of babes who died at the hospital) can be as bad, if not worse than the adverse event itself. How can you ever start grieving, in our case for Mark, when we are spending all our time and energy trying to find out what happened to him,” Mr Molloy said.

Last weekend Minister for Justice Alan Shatter confirmed that he and Minster Reilly had commenced work with a view to enshrining the principles of open disclosure in legislation to ensure that state agencies no longer attempt to “defend the indefensible”. Mr Molloy described this as a “major step forward”.

“The pace at which things are changing is just phenomenal since the Prime Time programme aired. It looks like Portlaoise hospital is going to be properly resourced, there is going to be a policy of full disclosure and they are looking at all the national statistics,” Mr Molloy said.

He added that the progress does give them some comfort, following the death of their son.

“I was up at the graveyard this morning, and two years on, I still get upset when I go there. But then when you hear these things on the news, we get excited about them. We think, ‘Oh my God, this a change that we have made’.

“It is a massive contribution to the country. Okay, it was a massive sacrifice from us, what we had to lose...Mark was only here for one minute but he has a massive legacy out of it.