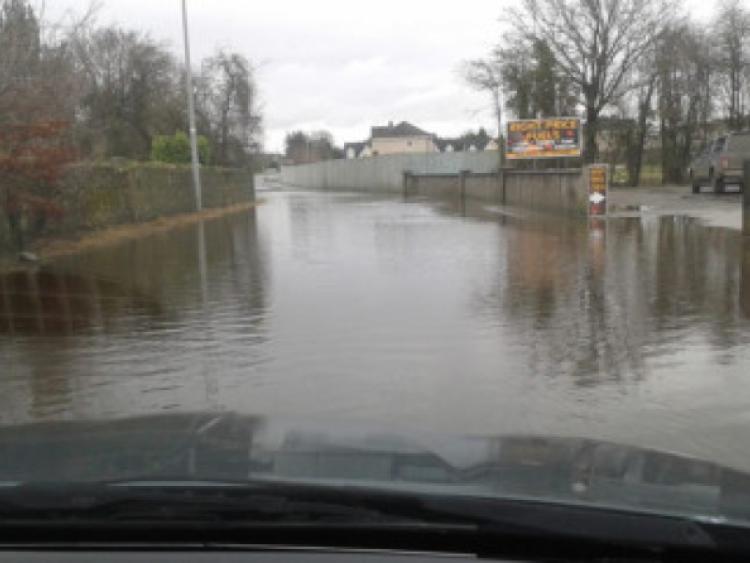 Some residents of a Portarlington housing estate were said to be “stranded” in their homes, as Botley Lane flooded in the heavy rains of last week.

Some residents of a Portarlington housing estate were said to be “stranded” in their homes, as Botley Lane flooded in the heavy rains of last week.

The 33 house estate of Botley Court exits onto the low lying road, as does the industrial estate and other houses on the road, which is in the Offaly side of Portarlington.

Residents on foot have to go via the Bog Lane to get to town. However part of that road has neither paths nor lighting.

“Every time it rains we get flooded, there is a wheelchair user living here, and parents with buggies, they can’t go out. The council are not draining the manholes, they are full with muck, the water can’t go anywhere,” he said.

“Once it is dark, people can’t walk on the bog lane to get to the shops. They are stranded and isolated,” she said.

The flooding makes her own narrow street, with only one path, more dangerous because of extra traffic.

“We have to park outside our houses, if we park downtown we get a ticket. People are patient but as long as it is a two way street, it is out of our control,” she said.

Spa Street houses had their back gardens flooded for much of last week.

“We are concerned, we are watching the water level. It can come up through the drains onto the road, it hasn’t happened yet but we are keeping a close eye,” she said.

Ms Dunne who is an active tidy towns member, says Laois and Offaly county councils must work together to find a solution.

“Remedial work to raise the road is needed. The ideal solution is a one way system for Botley Lane and Spa Street. We were told a long time ago of a plan for a ring road,” she said.

There is “no quick solution”, says Portarlington councillor Eddie Fitzpatrick.

“It flooded on Monday but it was gone by Tuesday. I don’t think raising the road would solve the problem, it would force the water in another direction,” he said.

He has undertaken to ask Offaly county council to make Bog Lane safer, at their meeting in the coming week.

“I will ask the area engineer to extend the path and put lights in,” he said.