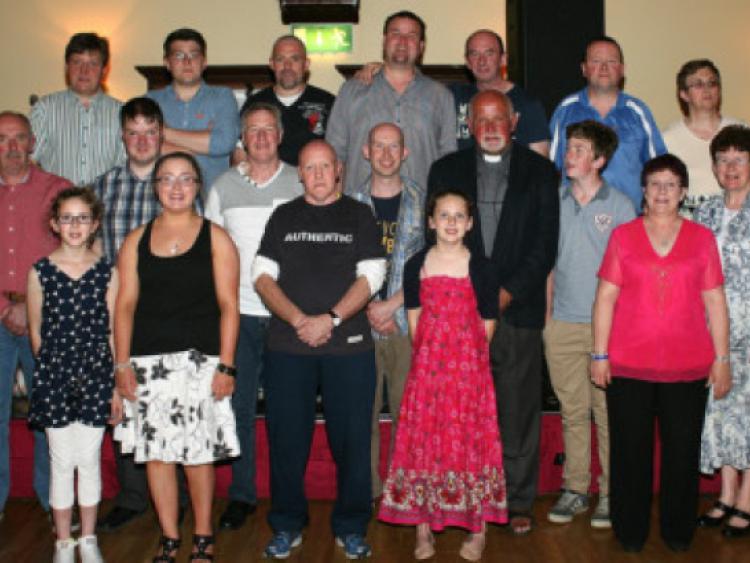 A DVD of Borris-In-Ossory Parish is well on the way to becoming a best-seller following its official launch recently.

A DVD of Borris-In-Ossory Parish is well on the way to becoming a best-seller following its official launch recently.

The DVD was launched by Rev. Fr. Jackie Robinson P.P. on Thursday 19th June at a function in Racket Hall Hotel, Roscrea.

“This is a fantastic record of all happenings in Borris-In-Ossory and will be a collector’s item in years to come,” said Canice Sheeran, one of the organisers.

The door prize for all tickets sold for the launch was won by Pat Kelly of Main Street, Borris-In-Ossory.

“All the committees and individuals involved would like to sincerely thank all who helped in the making and filming of the DVD, those who bought tickets and DVDs, those who provided brilliant entertainment on the night of the launch,” Mr Sheeran said.

The sponsors and those who donated prizes along with all those who worked at the launch were also thanked.