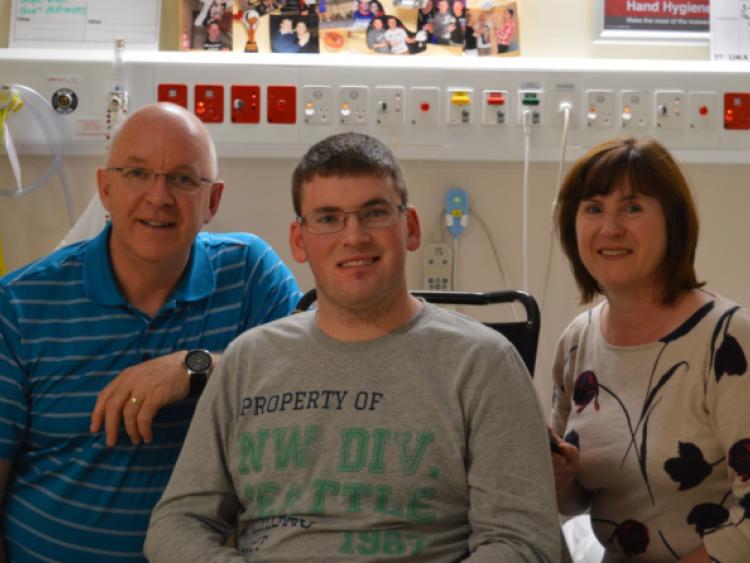 Friends of a young Mountmellick man injured in a motorbike accident in Australia, are literally climbing a mountain to help bring him home.

Friends of a young Mountmellick man injured in a motorbike accident in Australia, are literally climbing a mountain to help bring him home.

Robert Dempsey aged 24 qualified as an electrician last year and moved to Perth to work. He fell off his motorbikeon April 6, suffering a major brain injury which left him with short term memory loss, and the huge task of relearning how to walk and talk.

His older sister Aoife recalls the phone call on that Sunday morning.

“It’s the call you never want to get. I had to tell Mam and Dad. It was a huge shock, and it made it harder that he was so far away. They couldn’t fly out until Monday, that was the hardest part,” she said.

Robert was put into an induced coma and spent three weeks in intensive care, and another week in a high dependency unit before moving a rehabilitation facility where he is making good progress. His parents Dolores and Paul remain with him. Robert’s youngest sister is also back home, with family rallying around for support.

It is hoped Robert can soon fly back to a rehabilitiation centre in Dun Laoghaire, and eventually home where he will continue to need care.

While his medical bills are covered in Australia, it could cost up to €30,000 to fly him home with a nurse, which is why friends Bronagh Ni Fhearghail and Aidan Dunphy have decided to climb Croagh Patrick in Mayo on July 12. Aoife joined them and such is the response for the popular young man that they expanded it a group event.

Sponsorship cards are in Butches and Moloney’s bar, while an account is opened in the credit union.

Aoife is conscious of not interfering with other local fundraisers.

“Any little amount is going to help. When Rob is fully recovered I’m sure he will very grateful,” she says.

A bus will leave the square at 7.30am on Saturday July 12, with refreshments on arrival in Mayo before climbing the reek, taking a photo at the summit to send to Robert. The group will celebrate in Moloney’s that night. Call 085 2071844, or see Fundraising for Robert on facebook.