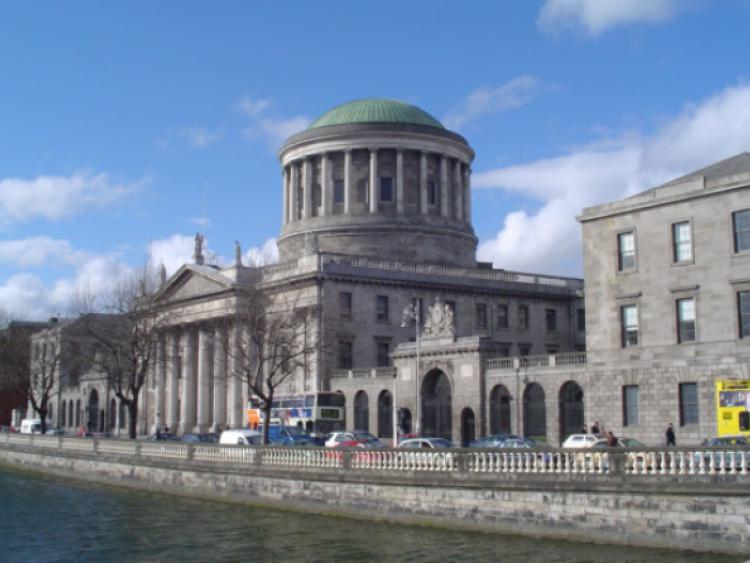 A woman in her seventies has secured a High Court order requiring her son and daughter in law to leave the family home.

A woman in her seventies has secured a High Court order requiring her son and daughter in law to leave the family home.

On Friday Elizabeth Stanley, who lives with her husband Jim at Rahandrick, Ballacolla was granted an injunction, pending the outcome of the full hearing of the dispute, by Mr Justice Colm McEochaidh compelling her 46 year old son Patrick Joseph Fitzpatrick and his wife Aine to vacate the property.

Mrs Stanley claims that last Saturday Patrick and Aine entered the house on the farm when she was absent after breaking the lock of the front door. It was also alleged Patrick had new locks fitted on the doors. The couple refused to leave, it was alleged.

Mr Fitzpatrick’s actions, it was claimed, caused great distress to the Stanleys, who the court heard felt “under siege” in their own home.

Mr Fitzpatrick, who opposed the application and denied any wrongdoing has claimed he is co -owner of the property which his mother disputes.

The Judge in making the order said Mr Fitzpatrick had acted in “an aggressive and high handed manner”. The Judge, who directed Mr Fitzpatrick to hand over all keys he has to the property, also made an order preventing him from attending at the property until the case has been determined.

Seeking the injunction barrister Peter Bland for Mrs Stanley said the case involved “an unfortunate dispute between mother and son”. The relationship between them was not “healthy” due to the “irrational” behaviour of her son counsel said. The Stanleys, who are represented by Thomas W. Enright Solicitors were “in fear” and had left the house to stay with a relative.

Counsel said Patrick is a son from Mrs Stanley’s marriage to the late Francis Fizpatrick, who died in 1970. She has lived on and held sole beneficial occupation of the farm, which had been registered in the late Mr Fitzpatrick’s name, since then.

She married Jim Stanley in 1976. Counsel said Mr Fitzpatrick was “consumed with the notion” he has an interest in the ownership of the property. This was not the case counsel said.

In 2012 Mr Fitzpatrick, who lived and worked abroad for many years, gained access to the property and also refused to leave. Eventually the locks of the property had to be changed.

In response Mr Fitzpatrick, who is a biochemist but currently unemployed, rejected the claims of wrongdoing made against him. Representing himself he said he was entitled to be at the property. He said the court was not being told the truth, and added that he was “absolutely no threat to anyone.”

He said he only changed the lock on the front door of the house, and gave his mother a key. He did this because he had been locked out of the house by his mother. He asked the court to adjourn the matter for three weeks as his solicitor is currently away. Further proceedings in relation to the property are due before the Circuit Court in October, he said.

In his ruling Mr Justice McEochaidh said he was satisfied Mrs Stanley was entitled to an injunction against her son, and directed him and his family to leave the house by 7pm on Friday.

Given that the High Court had previously ruled on the dispute between the parties Mrs Stanley had made out an arguable case that an injunction should be granted, the Judge said.

The balance of convenience strongly favoured the granting of the injunction, he added. The Judge said he could see no reason why Mr Fitzpatrick had to be at the property pending the final outcome of proceedings concerning the Co Laois property.

He said Mr Fitzpatrick lives in Swords Co Dublin and his wife works as a nurse at Beaumont hospital.

The Judge also noted that one of the couple’s children is due to start play school on Monday. Mr Fitzpatrick told the court no arrangements had been made for the four year old child to attend play school in Laois, the Judge added.

The Judge also found that damages would not be an adequate remedy.

He also awarded costs of the proceedings against Mr Fitzpatrick.