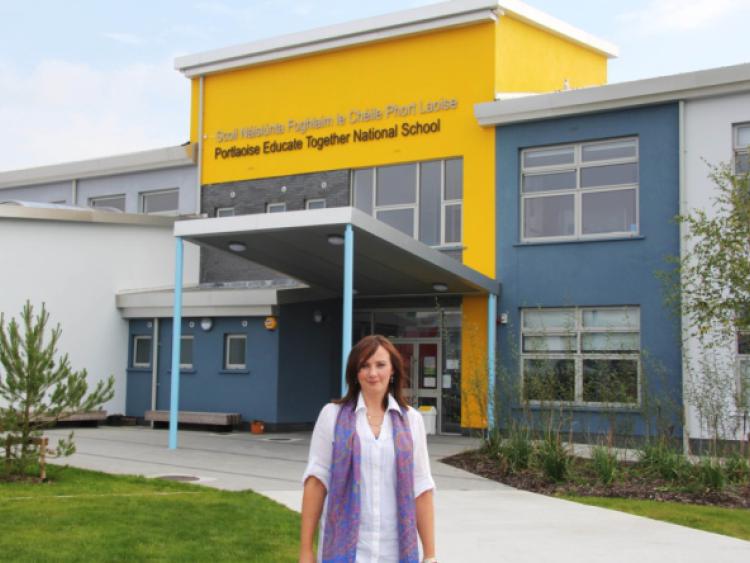 Portlaoise Educate Together who moved into a new school at Summerhill last September, have applied for permission to build on an Autism Spectrum Disorder unit.

Portlaoise Educate Together who moved into a new school at Summerhill last September, have applied for permission to build on an Autism Spectrum Disorder unit.

It is hoped the extension will be open by September 2015, paid for by the Department of Education.

Two classrooms will take a maximum of six pupils, a teacher and two special needs assistants each. There will also be an occupational therapy room, a sensory room and a general purpose room.

The 12 children who will be taught there are already attending autism friendly classes at the school, using mainstream classrooms, support rooms and a store cupboard for now.

“It is going absolutely fantastically, with staff and parents heavily involved in working and fundraising for equipment to make it a success. The children are amazing little people,” she said.

The new unit is being designed to suit the specific needs of children with ASD by Demesne Architects, who have been working on plans with input from the school over the past few months.

“We feel it will be a great environment for the children. Every child is part of the whole school, and the children will be able to integrate for playtime, lunch or maybe some lessons, depending on their abilities and needs,” she said.

The school was asked to include an Autism Spectrum Disorder (ASD) unit by Special Educational Needs Organiser John Moran, during planning permission stage for the new school, but had to apply separately for funding, delaying the build by two years.

Permission is being sought for a single storey 475 square metre building, on a site allocated for a phase two build.