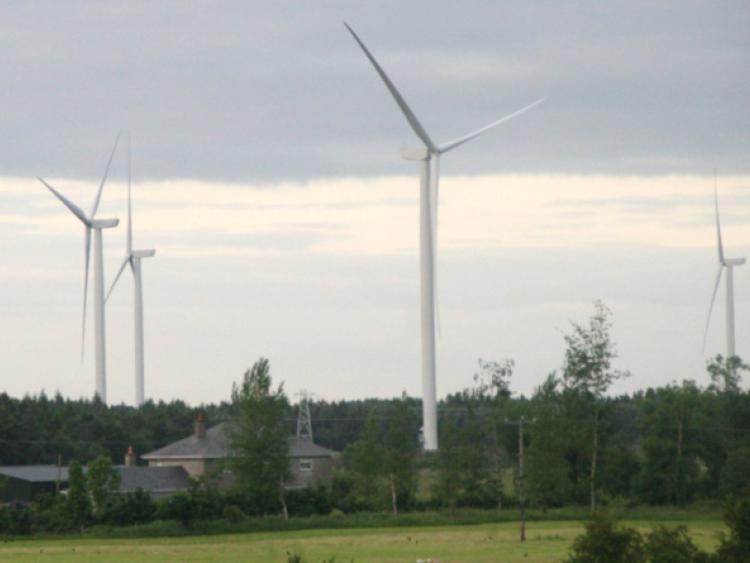 Community groups from all over Ireland met in Portlaoise last Saturday to plan a month of protests against the government’s wind energy policy.

Community groups from all over Ireland met in Portlaoise last Saturday to plan a month of protests against the government’s wind energy policy.

While staying secretive on details, it is believed protests will be held at a number of upcoming high profile events.

It was the largest get-together yet, with up to 100 people gathering for a long private meeting to plan actions, in the Portlaoise Heritage Hotel. They represent 85 community groups across 17 counties.

“All the local groups found they were fighting their own battles and they felt that they needed to come together. It was more than we expected, and it was extremely productive. There’s a hunger to co-ordinate this and tackle it,” said Paula Byrne from Ratheniska, a member of People Over Wind and of the alliance group Wind Aware Ireland.

“Each group committed to an action, large or small, whether it’s a protest or a letter to the media, or lobbying politicians,” she said.

“People are being asked to accept mass industrialisation of their landscape, and people have concerns, they might be health, visual, tourism. If these are the impacts, and they are worth taking, I think the people will accept it, but we now know wind energy is completely inefficient at reducing CO2,” she said.

The upcoming revision of Irish windfarm planning guidelines is “completely irrelevant” she said.

“Why have that conversation before you know whether this is a cost effective way of reducing CO2? Why are we even talking about turbines? We have called for a cost benefit analysis, and evidence based policy making which is sore lacking,” Ms Byrne said.

The groups are demanding a moratorium on all plans for wind farms, substations and grid upgrades, until “rational decision making” on wind energy policies.