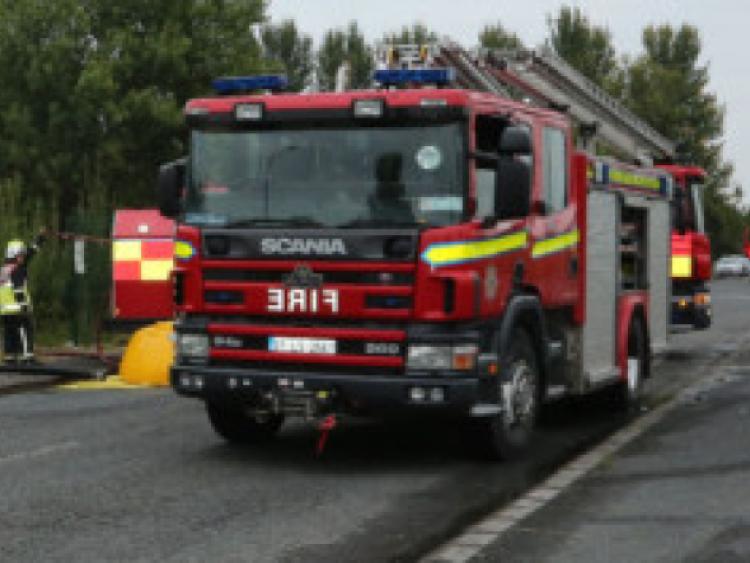 Any remaining hopes for a new employer to take on the Avon factory are literally up in smoke, following last Tuesday night’s devastating fire.

Any remaining hopes for a new employer to take on the Avon factory are literally up in smoke, following last Tuesday night’s devastating fire.

However obstacles in resolving the site include legal issues and chemical contamination.

The iconic sprawling redbrick building on Canal Road came to represent the loss of expectation and hopes of jobs for Portarlington.

Since Avon closed in the late 1990’s with the loss of 400 jobs, Port has become a commuter town with a high unemployment rate.

Despite political pleas to the IDA to find a replacement factory, it sat empty.

It was bought by Carlow developers Clayborne Properties Ltd, who later dissolved, leaving debts in the hands of NAMA. .

With the roof now substantially damaged, many are calling for demolition, including Cllr Tom Mulhall.

“Let it be used for something else from the ground up. Port needs something in manufacturing. About seventy percent of people employed here are working outside the town, heading to Dublin at 5am,” he said.

“In this climate there is no chance of a multinationaI company coming to Portarlington, and they certainly will not be interested in buying a burnt out site. The only option is to knock it,” he said, calling for a meeting between Laois County Council, the owner and NAMA to “hammer out a site resolution”.

Any hopes of a quick sale have been quashed by the Environmental Protection Agency (EPA), who say the site must be first decontaminated, as solvents were dumped while Arlington Ltd was in operation.

“The EPA requires the estate of Mr Pat McCormack (owner) to carry out ongoing groundwater monitoring and to submit the results to the EPA,” a spokesperson said.

Who will pay for remediation or demolition is unclear.

The National Asset Management Agency (NAMA) initially told the Leinster Express that they did not comment on specific properties, did not own properties and to send queries to the owner.

However after being shown a statement from Minister for Foreign Affairs Charlie Flanagan about their previous discussions with him on Avon, NAMA stated that while they did not own the property, they did gain High Court approval to access it in 2012 and 2013 to remove chemicals and board it up.

“Prior to the incident at the site this week, the Agency (as it is not the legal owner of the site) had to make a new application to the High Court to enable it to again legally gain access to the site to carry out further (safety) work. This will be heard by the Court in the coming weeks. This site remains the legal responsibility of the owners,” NAMA said.

Council officials were meeting with NAMA on site yesterday Monday September 8 to “look at potential longer-term solutions to the facility”.

“We will be inviting other state agencies and stakeholders to further meetings. We will continue to work proactively with all relevant stakeholders to achieve a long-term sustainable solution. We are confident that this matter will be progressed as a priority,” said Director of Services Kieran Kehoe.

Mark McCormack, a director with Clayborne Properties was unavailable for comment.