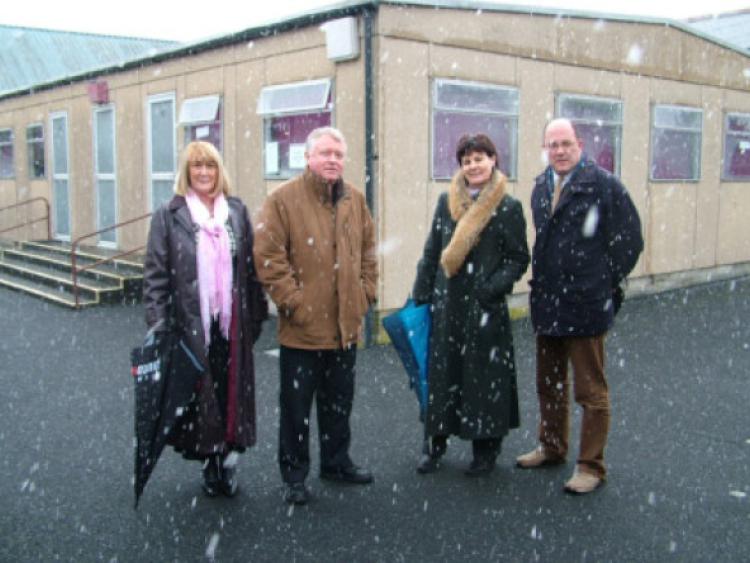 Laois has some of the most overcrowded primary schools in Ireland, with over a quarter of all pupils in ‘super-sized’ classes of 30 or more.

Laois has some of the most overcrowded primary schools in Ireland, with over a quarter of all pupils in ‘super-sized’ classes of 30 or more.

This means that 90 percent of all primary school pupils in Laois are in classes above the EU average.

Des Sutton, Principal of St Paul’s NS in Portlaoise, told the Leinster Express that the boys school was “overfull”.

“Out of the sixteen classes here, five are over 30, and the rest are in the high 20s.

“We nearly have to leave the doors open in our classrooms just to facilitate the numbers,” he said.

Mr Sutton said that it was impossible to teach these “super-sized” classes.

“You can’t give them the individual attention they need, it’s as simple as that,” he said.

Yvonne Murphy, Principal of St Joseph’s NS in Mountmellick, said that teachers are having to work a lot harder.

“Anything under 30 is manageable. It shouldn’t be, but it is. It means that teachers have to work a whole lot harder,” she told the Leinster Express.

Padraig Ashe, Principal of St Coleman’s NS in Stradbally, told the Leinster Express that some students suffer more than others.

The school has two classes over 30, in which extra classroom support is “helping out considerably”.

“The inclusion of children with special needs is extremely difficult in larger classes, because they need that extra bit of help.

“Weaker students too, it can affect their literacy and numeracy skills,” he said.

A spokesperson for INTO told the Leinster Express that Laois was one of the counties worst affected.

“Laois is one of the most overcrowded in the country, with 26 percent in what we call ‘super-sized’ classes of 30 or more. It shows the extent of the challenge we’re facing.

“Smaller classes have more space, time, and less distraction. The quality of education is improved,” they said.

INTO say that the government is not appointing enough teachers to bring down the rising numbers.