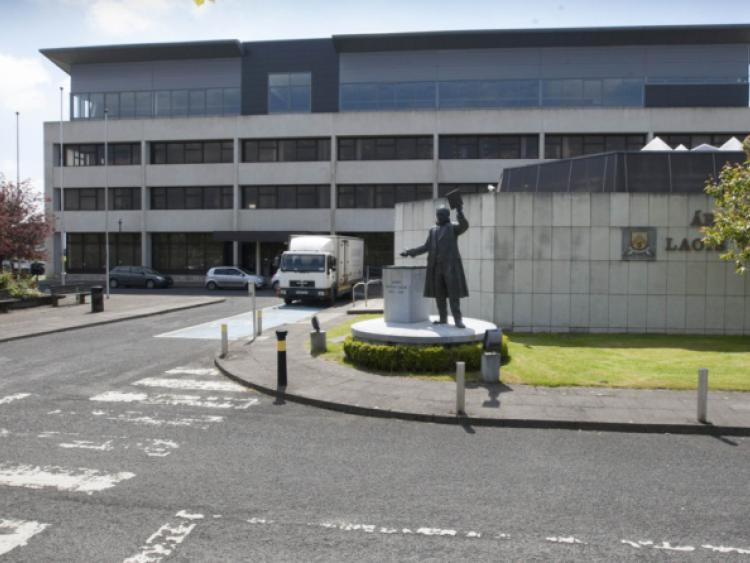 Households in Laois would have to take in twice the amount in the Local Property Tax to avoid being bailed out by Central Government.

Households in Laois would have to take in twice the amount in the Local Property Tax to avoid being bailed out by Central Government.

Laois County Council have estimated that they will need a ‘top-up’ of €3.6 million from central government, following a shortfall from their income from the controversial property tax.

Under the rules, councils retain 80pc of the tax collected in their area, with the remaining 20pc going to a central fund called the ‘equalisation fund’, which totals €102m.

Ironically, if Laois were allowed to keep 100% of the tax collected in the county, they would need less of a top up from the government.

At Monday’s budget meeting, Acting Council Chief, Gerry Murphy revealed that the council had estimated they would take in approximately €5m from the property tax in 2015, with €1m of this going back to the central fund.

The remaining amount of €4m is then subtracted from the government’s general purpose grant to the council of €7.6m and the difference is refunded back to the council through a ‘top-up’ from the ‘equalisiation fund.”

Before last Monday’s budget was finalised, Cllr Brendan Phelan proposed that the council write to the Minister for the Environment, Alan Kelly and request that Laois be allowed to keep the full amount of the property tax that was raised in the county.

“We should request that we keep 100% of the household charge, to help with the housing budget,” Cllr Phelan said.

He continued: “We were led to believe this would be in addition to what we were already getting. We need that 20% to improve our housing stock.”

Mr Murphy said the council would still need a top up, even if they were to keep all of the property tax.

“We would still only get the difference between what we brought in and the general purpose grant.

“The only way we would increase what we have available to us if is we collect €10m through the propery tax and we would get to keep €8m of that, which is more than our general purpose grant.”

Cllr Phelan said the council should postpone agreeing on the 2015 budget for one week, until they get a response back from Minister Kelly.

As Cllr Phelan’s motion was seconded by Cllr James Kelly, the councillors were forced to vote on whether they were in favour of writing to Minister Kelly or going ahead with the budget as it was.

Cllr Phelan’s motion was defeated by 14 votes to four, with only Cllrs Kelly, Dwane-Stanley and Mullins supporting the motion.