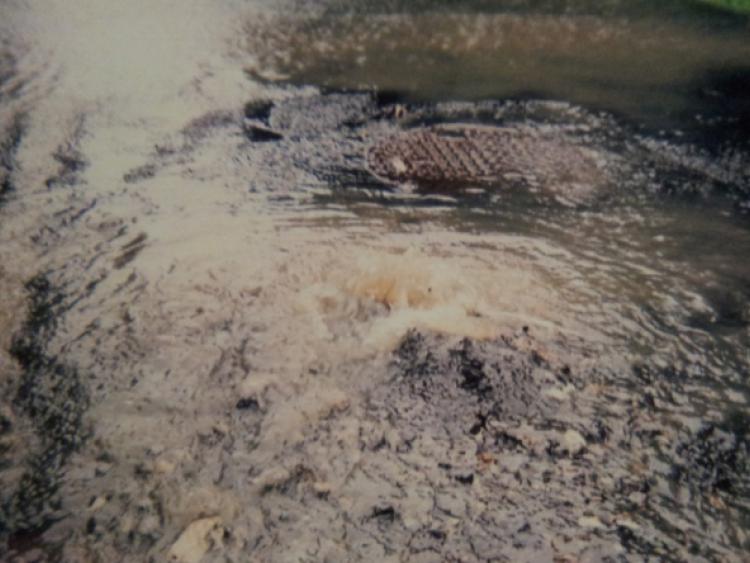 While flooded roads were a concern for many last Friday morning, there was worse facing the residents of Ballycarroll, Portarlington.

While flooded roads were a concern for many last Friday morning, there was worse facing the residents of Ballycarroll, Portarlington.

Human waste again burst free of a manhole in the road beside three houses in Ballycarroll near Killenard, in what is an ongoing problem.

Resident Ray McGill discovered the overflowing sewage in the early hours of Friday morning, when the heavy rain raised his concerns enough to go out and check the manhole outside his home.

“It was at 2 o’clock in the morning. First I got the smell, then I could see it boiling up. It was rolling down the road with the surface water. I know the rain was heavy, but it is not supposed to affect sewerage, that should be a closed system,” he said.

By 8am when he checked again, the sewage had receded, but it left toilet paper strewn around the road.

“There is more rain on the way, my fear is it is going to happen the whole time and there is nothing being done. This is completely unacceptable. Since the last time not one person has contacted us,” said Mr McGill.

It is less than a month since the last incident of overflowing sewage on September 26. At that time, residents of all three houses affected told the Leinster Express of their anger and frustration.

More than a doxen overflows have occurred since 2008, after the development of a hotel and houses at Killenard, half a kilometre away.

Mr McGill understands the system needs expanding to cope with the extra pressure.

He is determined to continue highlighting the problem.

“Why should it be my responsibility? I will keep highlighting it, that’s all I can do. I seem to get answers from nobody but I will stay at it until it is sorted,” he said.

Neither Irish Water nor Laois County Council were available for comment.