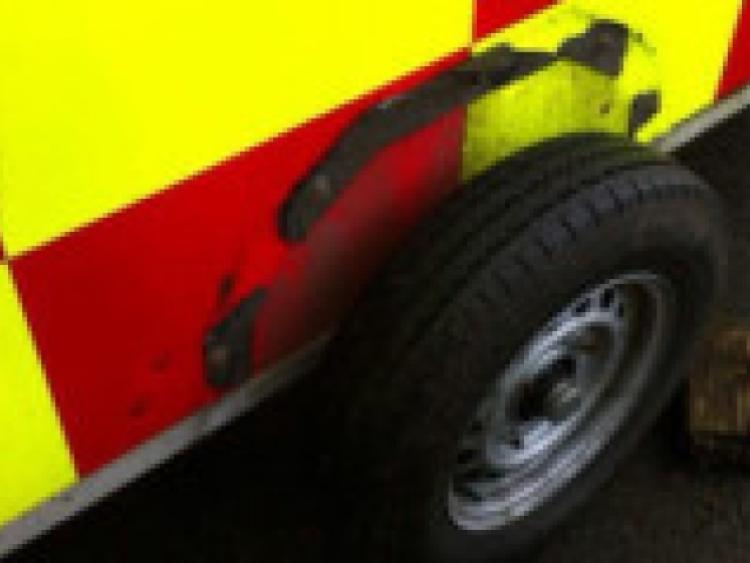 The damage has been described as “a pointless exercise in vandalism” by Assistant Chief Fire Officer Anthony Tynan, speaking yesterday to the Leinster Express.

The two truck batteries stolen from the motorway warning sign are worth“several hundred euro” he said.

“The biggest loss is the sign trailer batteries. That is used when there is a crash on the motorway, to warn vehicles approaching. We will have to get that back up and running immediately,” he said.

Had the theft not been noticed by the Mountrath crew on Monday morning, and there had been an accident on the motorway during the night, the damaged sign trailer could have been the cause of a greater catastrophe, wit h no way of warning approaching traffic.

“It would have been a risk,” said CFO Tynan.

The fire demonstration trailer is used regularly at open nights in Fire Stations around Laois, to show community groups, children and groups such as scouts, the dangers of a chip fat fire.

“It would be a familiar sight to many. They pulled off the mudguard, it was senseless. It is very fustrating for the crew,” he said.

It is believed the thieves scaled the fence at Mountrath Fire Station, at some point over the weekend.

“They damanged the equipment which was parked outside the station,” said the CFO.

The Gardaí have been notified and are conducting an investigation into the crime.

CCTV footage from around the area is also to be examined.