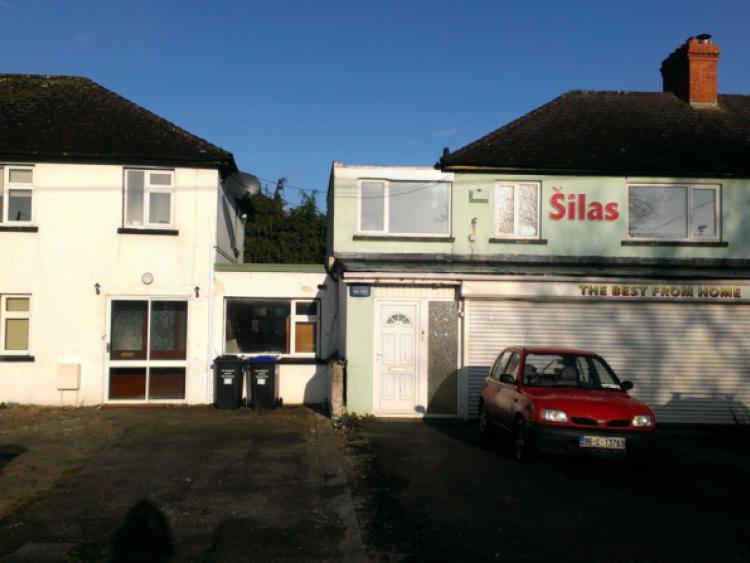 Planning approval is being sought for a doctors surgery, pharmacy and restaurant opposite Portlaoise hospital , aimed at staff and visitors.

Planning approval is being sought for a doctors surgery, pharmacy and restaurant opposite Portlaoise hospital , aimed at staff and visitors.

A decision from Laois County Council is due on February 21, but approval is already granted for two other medical centres close by, neither of which have been started yet.

A Kilminchy based doctor, Dr A Ahmad is behind the proposed development at St Joseph’s & De Porres, sited across from the pedestrian crossing at Midlands Regional Hospital Portlaoise.

The new development is on the site of a disused grocery shop and the house to the left.

A flat roof extension linking the houses would be knocked to access a new car park to the rear. The old shop would be demolished to make way for a new two storey extension to the front and rear.

The other house would stay a three bed townhouse.

“The unit was previously used as a grocery shop, empty up to 18 months. My client bought the unit and adjacant house earlier this year. We will close one of the existing entrances to the main road and allow a single controlled entrance and exit,” he said in the application, adding that the wall to the right would be lowered for greater sightline.

A pharmacy (53 sqm) and doctor’s consulting room are proposed on the ground floor, and a café on the first floor, giving “a different option to that provided by the Apple Green deli’.

The site’s eight parking spaces increase to 14, with the expectation that café customers will park in the hospital.

In 2009 Mr Michael Hanley, owner of Applegreen filling station beside it, got permission to change use of a gym on his site to a pharmacy and doctors’ surgery.

Last year Richard and Jeremiah Downey, directors of Portlaoise Service Station, received permission for a two storey medical centre on the site of a former filling station at the junction to Block Road.

Both parties had objected to each others developments.