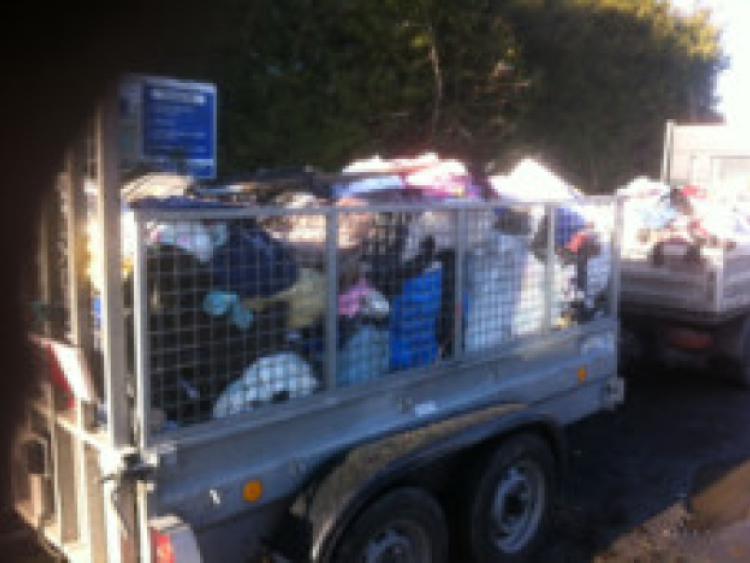 The council placed CCTV cameras in the area, when the dumping was reported late last year and as a result two people were identified when dumping at the site.

Both illegal dumpers have been issued with litter fines and ordered to pay the cost of the clean up.

At last week’s meeting, he praised the council for their work.

“I would like to compliment everyone involved, there was trailer loads of clothes being dumped there every weekend.”

Speaking after the meeting, Cllr Phelan said Borris-in-Ossory was an exceptionally tidy town and praised the council for clearing away the dumped clothes.

“Borris-in-Ossory is exceptional, it’s always well kept. The parish priest goes out with his litter picker every morning at 7am.”

He continued: “They are emptying the bins, taking the clothes they want, wrapping the rest in duvets and dumping them.

“Every weekend for about four or five weekends there was two to three trailer loads of clothes dumped at the back of the Leix County Hotel.”

Cllr Phelan said the culprits were not from Laois or Offaly.

While illegal dumping in the area has not stopped completely, it’s not as bad as it was before Christmas.

Local area engineer, Breda Cuddy explained that the council had cleaned the site up also.

“The site is in private ownership, but Laois County Council have cleaned it up at their own cost,” she told last week’s meeting.

“These people should be named and shamed,” Cllr John King said.

At December’s municipal district meeting, Cllr Brendan Phelan said he would be reluctant to give permits for bins in the future.

“I would be reluctant to give any more permits for those bins, unless there are cameras. There are some reputable companies but others are fly by nights,” he said.

“These people are in business servicing these bins. It seems a problem everywhere.”