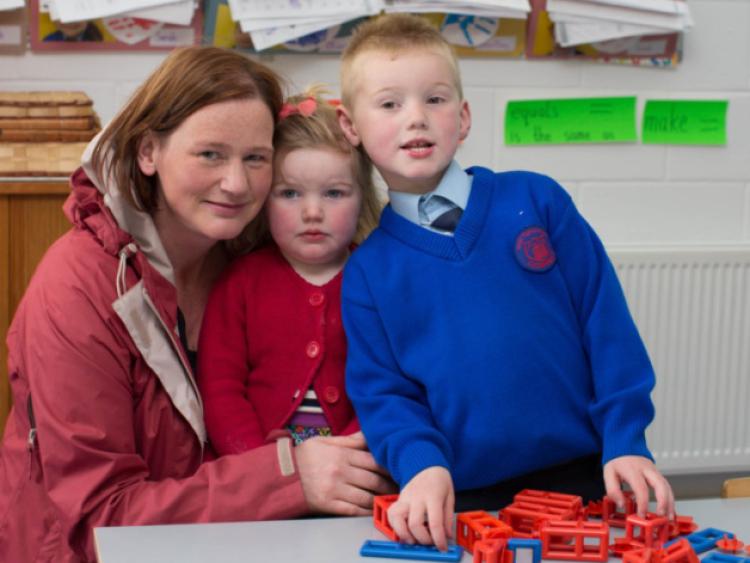 The sun shone on the children of Cullahill NS last Friday June 5, as they celebrated a bright new extension.

The sun shone on the children of Cullahill NS last Friday June 5, as they celebrated a bright new extension.

The school now has a purpose built infant room, a new staffroom and toilet, foyer, office, and storeroom.

The old staff office has been turned into a fully equipped Resource Room.

The extra rooms were “much needed” according to principal Annemarie Bowe.

“Our numbers have grown considerably in recent years and we had to use the ‘halla’ as a classroom, thus depriving the children of indoor PE facilities. I am delighted to say that this is no longer the case,” she said.

The extension was opened by Minister for Foreign Affairs and Trade Charlie Flanagan.

The happy atmosphere was boosted by the recent win by Cullahill NS Camogie team of the Cumann na mBunscol Division 1 final, while the boys hurling team made the final too, to an unlucky defeat.

“The atmosphere could only be described as that of a fair such was the level of community spirit and goodwill. It was a day that will be remembered for many a year,” Ms Bowe said.