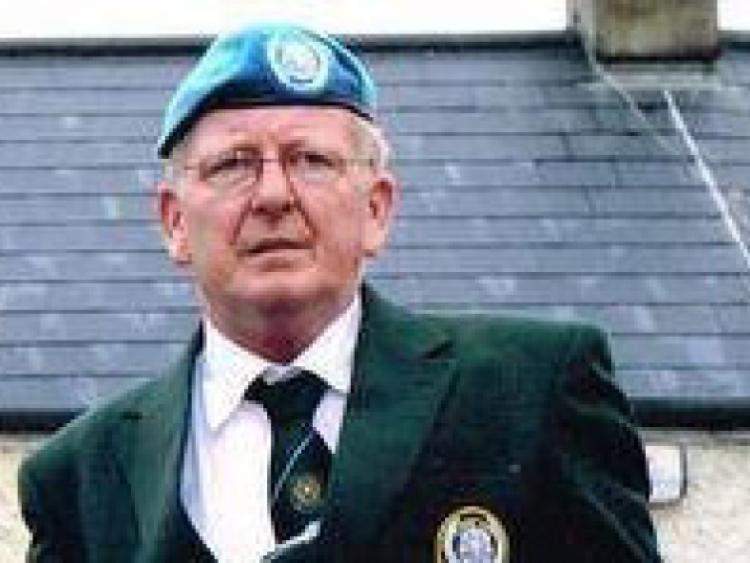 The Portlaoise man who was killed in a fatal road collision near Mountmellick last Tuesday June 9, has been laid to rest in his hometown.

The Portlaoise man who was killed in a fatal road collision near Mountmellick last Tuesday June 9, has been laid to rest in his hometown.

Billy Culbert, a retired army veteran aged 62 from Borris Court, suffered fatal injuries when the car he was driving was involved in a collision with another vehicle.

The accident took place at around 12.30pm on June 9, on the N80 Mountmellick to Tullamore road, in sunny dry conditions.

It is understood Mr Culbert was driving to Tullamore, and was overtaking a vehicle on the road when his Mercedes car collided with another car that was in the process of turning right for Clonaghadoo.

The driver of the other car is a lady in her late 20’s who is is believed to have luckily escaped serious injury.

She was treated for shock in Tullamore Hospital. Her injuries are believed to be not serious.

The road remained closed for some hours as Garda Forensic Collision Investigators attended the scene.

Gardaí have appealed for witnesses to the collision to contact them, with an investigation ongoing.

Originally from Dr Murphy Place in Portlaoise, Billy Culbert served as a Sergeant in the Irish Army for 19 years.

He was one of the founders of the Laois UN veterans branch Post 27 in 2004, along with his friend Paddy Harding, who served with him in the Lebanon in 1979.

“He was a very close friend. He was a very energetic man, very brainy, he helped so many people, he was always doing things to help someone,” said a shocked Mr Harding, who had the honour of reading the Soldier’s Prayer at the graveside of his friend.

Post 27 members performed a guard of honour at the Chapel of Rest at Portlaoise Regional Hospital on Wednesday June 10 for rosary, and had a bagpipe procession for their colleague at the funeral Mass.

He was removed on Thursday evening to SS Peter and Paul’s Church at 7pm.

Requiem Mass was held at 10am on Friday followed by interment in SS Peter and Paul’s Cemetery, where The Last Post was played as Mr Culbert was laid to rest.