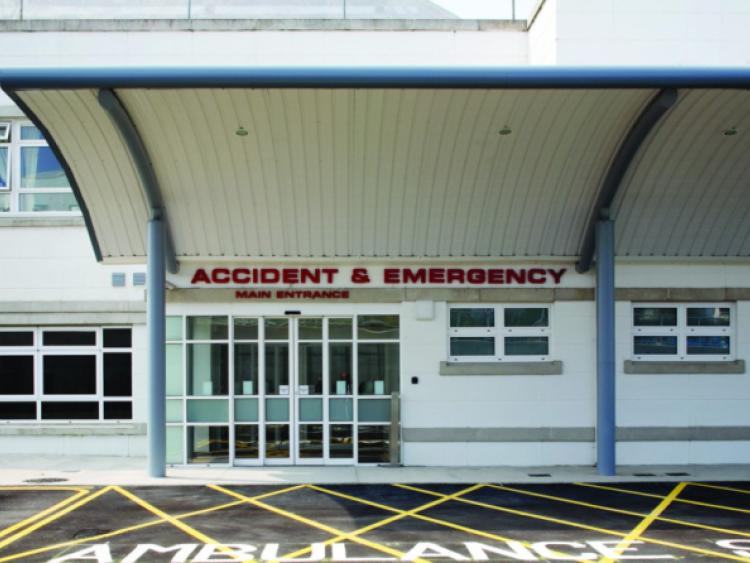 Up to 300 people attended a public meeting in support of keeping a 24-hour accident and emergency department in Portlaoise Hospital last Tuesday night week.

Up to 300 people attended a public meeting in support of keeping a 24-hour accident and emergency department in Portlaoise Hospital last Tuesday night week.

People spoke from the heart about the importance of the hospital to them and their families, while the elected representatives urged people to get their families and work colleagues to support the fight to keep services in the hospital in the coming days and weeks.

He continued: “We must get a firm commitment that these services are here to stay in the next couple of weeks and we will accept nothing else.

The Hospital Action Committee chairperson, Kathleen O’Brien said it was terrible to be in the same situation again.

“We first started fighting for the cancer services, for a centre of excellence in Portlaoise, since then we have been fighting to retain services in Portlaoise Hospital.”

Senator John Whelan said that the position of Susan O’Reilly, the chief of the Dublin Midlands Hospital group was now questionable.

“What Susan O’Reilly said last week is totally contrary to what she said as recently as January. Her position is questionable,” he said.

Fianna Fail TD, Sean Fleming warned the meeting that they would need to get more backbone to retain services.

“The mood here tonight is very calm and reasonable, but you will need steel and backbone. People of Laois will have to stand and fight for this. It is the busiest A&E outside of the major cities, Susan O’Reilly will have to be stopped in her tracks,” he said.

The first speaker from the floor, Tommy Timmons questioned what the politicians had been doing up until now.

“What did the politicians do for the hospital up until now or were you just waiting to jump on the bandwagon. It’s a bit late now, the damage is already done.

“Brian Cowen put a state of the art hospital into Tullamore for those who voted for him,” he said.

Lynn Cooley said there was massive problems in the hospital.

“There are massive problems in the hospital, but whoever sees them. The problems have been on the cards for years.

“There were 60 beds in Shaen, another 50 in Abbeyleix, how many is left there now.

“If you have an elderly person in the hospital, you have to go in at mealtimes and feed them yourself as the nurses don’t feed patients anymore. There is a lot of a things wrong in the hospital.”

While Catherine Delaney asked if Susan O’Reilly or the Minister for Health had ever spent time in Portlaoise.

“Has anyone asked Susan O’Reilly or Leo Varadkar down to Portlaoise so they can see how important the hospital is to us,” she said.

“When my father had a heart attack that hospital was very important to us,” she said.

“You wouldn’t tell people in Dublin that they couldn’t have 24/7 A&E, there would be riots. Portlaoise is close to city status and we would be mugs if we stand for it,” Ann Balfe from Rathdowney said.