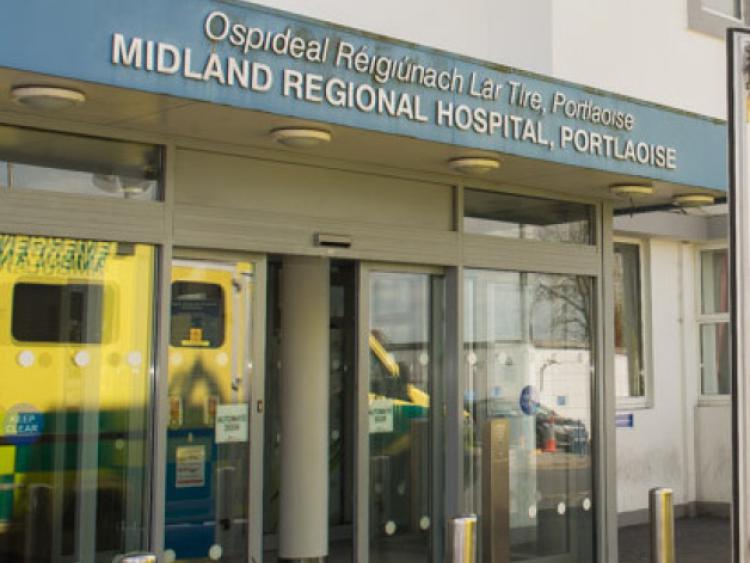 Laois County Councillors have said they will be unanimous in their fight to retain a 24-hour accident and emergency service at Portlaoise Hospital.

Laois County Councillors have said they will be unanimous in their fight to retain a 24-hour accident and emergency service at Portlaoise Hospital.

The Cathaoirleach, Cllr John Joe Fennelly proposed that a delegation from the council meet with the Minister for Health.

Cllr Fennelly suggested that three councillors on the regional health forum, Cllrs Willie Aird, John King and Padraig Fleming should be part of the delegation with Sinn Fein Councillor, Caroline Dwane-Stanley. It was also suggested that one of the three Independent councillors should attend the meeting.

The councillors are awaiting a date for the meeting from Minister for Foreign Affiars, Charlie Flanagan.

“We are all one, there is no divide. We are fighting for one thing and that is to retain 24/7 services at the hospital and have it properly funded,” he said.

“It would be an absolute shame if the hospital closed. I beleive the statement by Susan O’Reilly has been misinterpreted but we are all aware of the background to this.”

“The weekend before last, Tullamore had to refuse patients, while Naas has had to send patients to Dublin.”

Cllr Jerry Lodge called for a commitment from every party that they would support retention of 24/7 A&E and resourcing it to the standard of the Irish Association of Emergency Medicine.

“I don’t want to read in two years time that Portlaoise is vulnerable again,” he said.

Cllr Willie Aird said the situation was embarrasing for his political party and himself.

“Our beds will be unoccupied with no one coming through the A&E at night. The statistics will move from Portlaoise to Tullamore, and the numbers in Portlaoise will reduce drastically. What happens when you don’t have the statistics?”

“This is hugely embarrassing for Fine Gael and for me personally. Portlaoise was the leading theatre outside Dublin and Cork at one stage, and now the surgery is gone from the hospital.”

Cllr Catherine Fitzgerald questioned what would happen to the paediatric a&e, if the main emergency unit closed.

“The maternity staff are broken over what went wrong there, through no fault of their own. It’s time to take off our political hat and put on our hospital jerseys. This is our chance to really represent the people who elected us.”

“I see more people walking around with paper under their arms, like they are in Croke Park while the only ones under pressure are the frontline staff.”