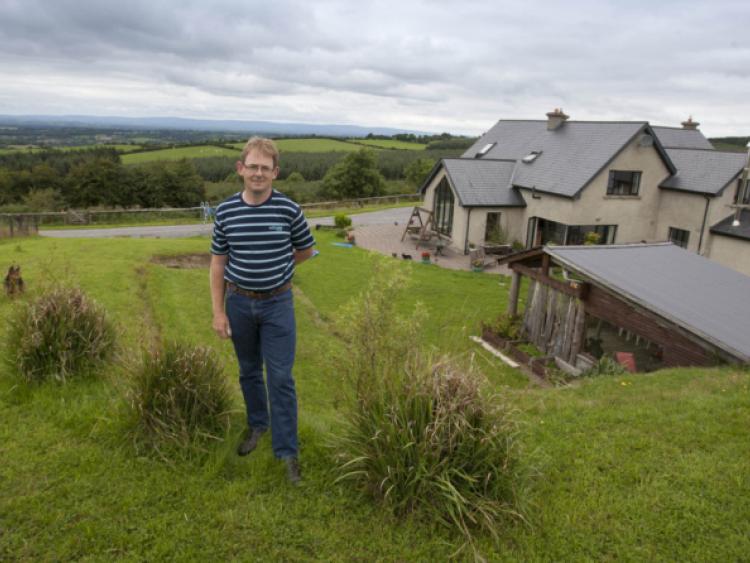 A Ballinakill woman has said she is terrified for her family’s health after learning that a wind farm with eight turbines is to be built just 600 metres from her front door.

A Ballinakill woman has said she is terrified for her family’s health after learning that a wind farm with eight turbines is to be built just 600 metres from her front door.

Mrs Avril Twiss, a resident of Ironmills on the Laois/Kilkenny border, told the Leinster Express that the proposed wind farm by Galetech Energy Developments Ltd would change the character of the small rural area and she fears for the well being of her two teenaged children. She also explained that her husband Robert has suffered with migraines for years, while she herself has a genetic disposition which places her in a high-risk category of developing cancer.

The planned development would consist of eight turbines with a height of over 150m and Mrs Twiss maintained this makes it one of the biggest such wind farms in Europe.

“We’re simple people and all we want is to live in peace and quiet,” Mrs Twiss said. “This is just heartbreaking.”

Mrs Twiss claimed that the company misled her as to the exact location of the turbines.

“They came to see me three months ago to let us know that they were looking in the area about putting wind turbines behind us,” she said. “We requested maps and when the maps were sent out, the turbines were directly in front of the house.”

Mrs Twiss said that her house currently commands a view of seven counties, but this will be ruined and the house will become worthless as it will practically be level with the propellers.

Mrs Twiss is now putting together a letter of objection and is asking the planning department of Laois County Council to “meet us for five minutes on our front door” to discuss the matter.