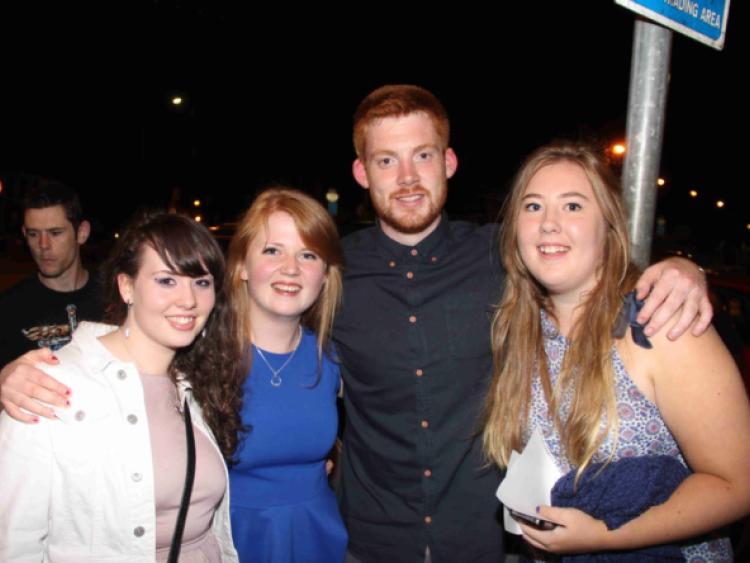 After a flurry of fundraisers, enough money has been raised to rescue the Debs night for the graduates of Portlaoise’s Scoil Chríost Rí.

After a flurry of fundraisers, enough money has been raised to rescue the Debs night for the graduates of Portlaoise’s Scoil Chríost Rí.

Over €11,000 in ticket money went missing last month, casting the big night in doubt for 85 girls and their partners.

However thanks to support of two fundraisers held in Portlaoise, and generous raffle prizes from local businesses, much of it has been raised again, and the night is set to go ahead as planned in the Bridge House Tullamore on Thursday September 5.

Last Thursday night after a successful live music night in Coppers, it was announced that enough money had been raised to save the night.

Secretary of the emergency fundraising committee is Phil O’Keeffe.

“There was a good cheer. The kids were thrilled to bits, delighted. Nobody will have to pay for their tickets again. There was a shortfall after our first fundraiser at De Brúin’s, so we had to go ahead with this night, and we had a great turnout,” she said.

She said it was a very stressful month for the students and their families.

“They put in a big effort with fundraising. They were getting their results and looking for accomodation in the middle of it all,” said Ms O’Keeffe, thanking everyone for their support.

“I would like to thank the parents and students, business people who donated prizes and the banks who donated money,” she said.

The missing ticket money had been gathered by a 6th year student at the school, who reported losing it before it could be lodged with management company Debs Ireland. None of that money has yet been recovered, and no report has yet been made on the incident to Portlaoise Gardaí.

“There has been no complaint made but we are aware of it,” said Inspector Declan Dunne.