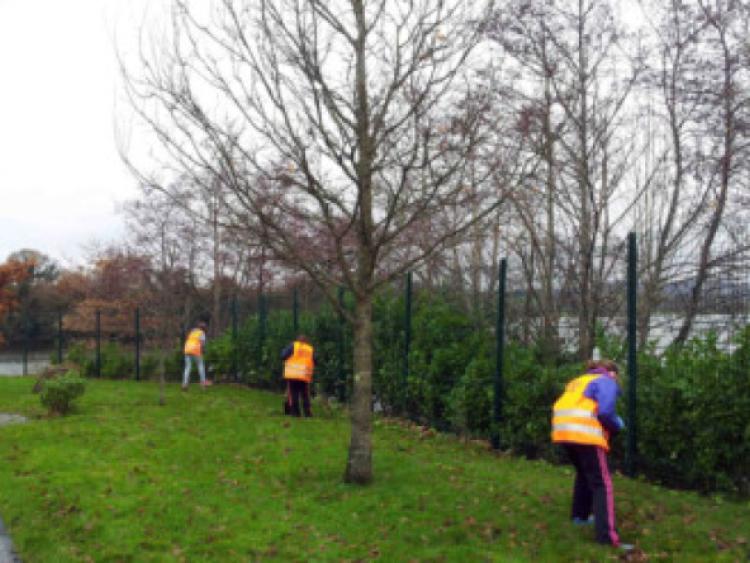 A new scheme to bring unemployed people back to work will see Laois County Council take on 21 outdoor staff in the coming weeks.

A new scheme to bring unemployed people back to work will see Laois County Council take on 21 outdoor staff in the coming weeks.

The new staff will each be paid an extra €20 a week for the part-time jobs.

County manager Peter Carey announced that they were supporting the programme during the annual budget meeting, by taking on the outdoor staff “early in 2014”.

The new recruits must have been receiving a jobseekers payment for the past two years. They will be randomly selected by the Department of Social Welfare and offered the part-time jobs. If they accept, they will be referred on to the council.

Applicants can not apply directly for the jobs.

For an extra €20 a week on top of their jobseekers payment, the Gateway workers will work on average for 19.5 hours a week, for 22 months. The minimum payment is €208. They will receive the same annual leave as other council employees.

They can take on other part time work if it does not interfere with their Gateway job, and if they are offered full time work they can leave the scheme.

“The council, working in conjunction with the Department of Social Protection, will be undertaking the recruitment process to fill the placements over the next few weeks,” a council official said.

The Gateway scheme, announced in the 2013 Budget, is designed to “assist the personal and social development of participants”.

The work must benefit the local area, mainly in outdoor work such as landscaping but also in tourism, animal control and libraries.

They can not replace workers from schemes such as CE or Tús and the work must be either projects that the council had stopped doing due to lack of money, or new projects.

The council declined to clarify if more workers would be taken on in the future, or if the range of work would be widened to other areas.

For more on the scheme, see /www.welfare.ie/en/Pages/Gateway