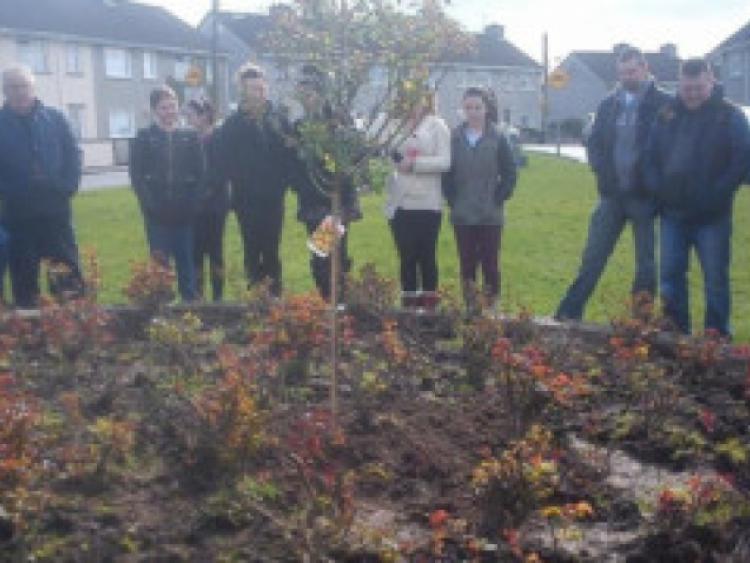 Stephen Greene, father of Maria who was killed in Portlaoise has taken the brave decision to campaign to make estates safer for children to play in.

Stephen Greene, father of Maria who was killed in Portlaoise has taken the brave decision to campaign to make estates safer for children to play in.

“It’s not just St Brigid’s Place that is unsafe, it’s many more. People try to speak up, but the council are very good at saying no in a roundabout way.

“If it was closer to their homes, things would be different. If there were ramps there, our daughter would still be with us. Things must change,” he told the Leinster Express.

It is ten days since Maria Louise, 5, crossed the road between her home and the green opposite, and was knocked down by a van, leaving her devastated parents Stephen and Amanda, and little brother Stephen.

There are neither speed ramps nor pedestrian crossings on the road, near the top of the large estate.

“A lot of children congregate there to play. You can’t keep them indoors, but there are things we can do to make their environment safer, I feel I have to do something about this,” Stephen said.

The family have been comforted by their community.

“I can’t describe it in words, it is overwhelming. From the days up to the funeral, family, friends, neighbours, people we’d never seen before, shopkeepers bringing up food, I have never seen the power of the community, that spirit, before,” Stephen said.

Neighbours went door to door and collected €1,000 for a memorial to Maria.

The family planted a yellow rose, ‘Irish eyes’ on the green in her memory last Saturday at 12.10pm, exactly a week after the accident. “Amanda’s father came across the rose, it reminded him of Maria in every way,” said Stephen.

He says while there are ramps on hills in the estate, there are more needed near green spaces, along with a lower speed limit, more signs and ramps, while driving instructors should go to a designated training area elsewhere.

Along with a neighbour he has set up a facebook page, adding photos and a petition.

“It opened the floodgates, I think a lot of people were holding back, now they are not afraid to voice their opinions,” Stephen says.

They plan to hold a public meeting next week.

“There is an open invitation to every council and politician to come along,” he said.