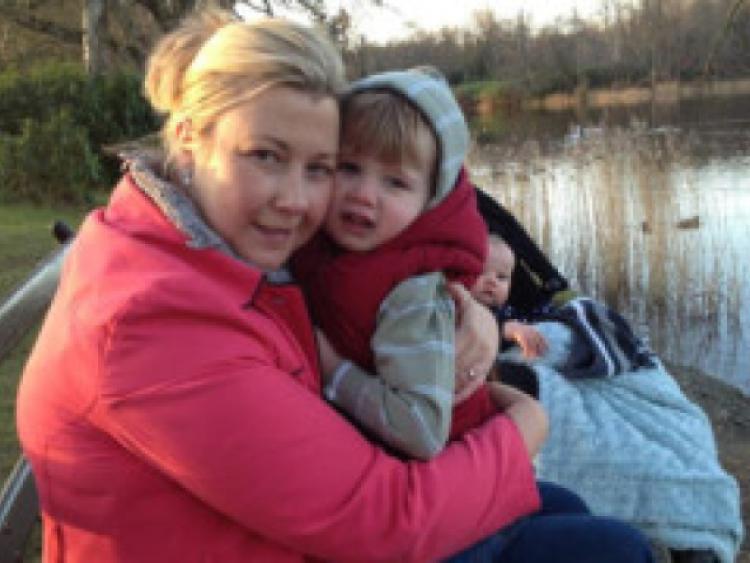 The parents of a young Port boy who was tragically killed in a car crash are hoping a community campaign can keep his memory alive and help others.

The parents of a young Port boy who was tragically killed in a car crash are hoping a community campaign can keep his memory alive and help others.

Four-year-old Ciarán Treacy died following a two car crash in Portarlington on April 17. His mother Gillian, who was severely injured in the crash, attended his funeral on a stretcher, before being brought back to Tallaght hospital. She has had eight operations in 28 days, with one procedure lasting 12 hours, and returned home last week in a wheelchair.

“From the chest down, if it wasn’t broken it was either battered or bruised,” explained Gillian’s husband Ronan.

Ciarán idolised his older brother Sean and was extremely close to his little sister Caoimhe (2). “She knows that he’s not around and she knows he is in heaven,” Gillian explained. “He used to say to her, you’re a little darling, you’re a sweetheart,” she added.

Gillian was bringing her boys home from their grandparents in Stradbally when tragedy struck. She had just promised to make pancakes for Ciarán. “The last words he probably would have said were ‘wow, we are going to have pancakes’,” she recalled.

On top of the pain of losing a child, the Treacys - who are self employed and lease a shop and filling station in Portarlington - are now facing mounting medical bills, the loss of an income and costs with adapting their home.

The Treacys have been overwhelmed by the support of the community who have set up the Ciarán Treacy Family Support Fund.

“We are just totally bowled over by the sense of community in Portarlington,” Ronan remarked. “We feel he has not been forgotten,” Gillian added.

She said being unable to grieve together as a family “was absolutely horrendous”.

“I’ve missed five weeks out of their lives. We went up to the grave last night and it’s the first time we have been up as a family on our own,” she said.

Ronan was due to celebrate his birthday last weekend.

“Instead of having the a 40th birthday party we were at our son’s months mind. Our hearts are broken, the only glue that is keeping our hearts together is the kids,” she said.

“We have a little angel looking after us now,” said Ronan.