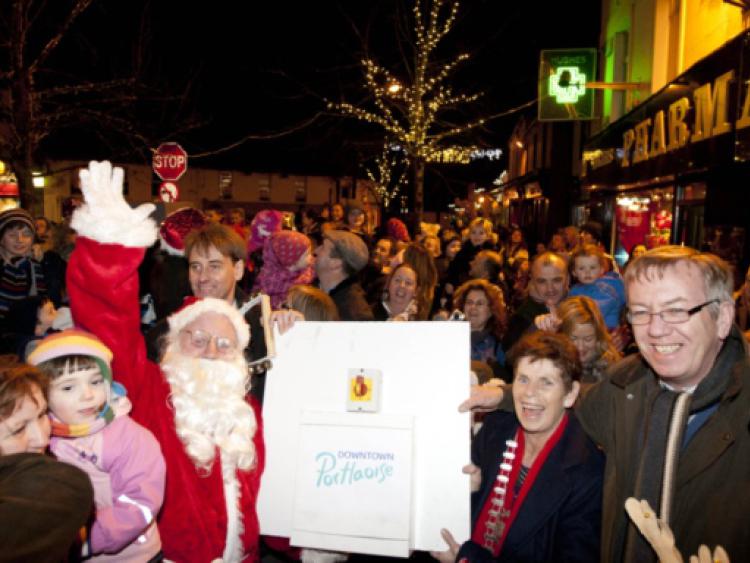 Traders in Portlaoise are “on their knees” with the cost of repairing and replacing Christmas lighting on Main Street.

Traders in Portlaoise are “on their knees” with the cost of repairing and replacing Christmas lighting on Main Street.

Downtown Portlaoise have spent over €30,000 on lighting since 2012 in an attempt to improve the festive spirit in the town.

Another €10,000 will be needed this year to replace and repair existing lights to bring them up to last year’s standard, it was revealed at the Downtown Portlaoise AGM on July 8 in Mulhall’s Restaurant.

Speaking after the AGM, vice chairperson Jack Nolan told the Leinster Express that the traders in Portlaoise were doing their utmost to keep the Christmas atmosphere alive during the month of December.

“Before 2012 the Christmas lighting in Portlaoise was very poor. Now we have some decent lighting and it’s all about just keeping them upgraded,” he said.

This year traders are also faced with the added cost of replacing old electricity infrastructure and wiring.

“All of the infrastructure and wiring is substandard and needs to be replaced this year.

“At the moment we have twelve meter boxes running along Main Street costing us €2,500 a year, and that’s without electricity costs of around €1,500 during the six weeks that the lights are running,” he told the Leinster Express.

Over €30,000 was spent on all new Christmas lighting and two large Christmas since 2012, and Downtown Portlaoise plan to purchase another tree this year at a cost of €7,000 to be placed outside the old Shaws department.

Mr Nolan said that the traders contribute the most to fund the lights.

“Portlaoise town council gave us a grant of €2,000 every year, and we received a cheque for 2014 before it was disbanded, but we don’t know where we stand for next year.

“We have a street collection in October but the response is never great. Other towns get together as a community, they have door-to-door collections and fundraisers, but it’s left to the traders here, who are already on their knees.

“The cost is never-ending,” he said.