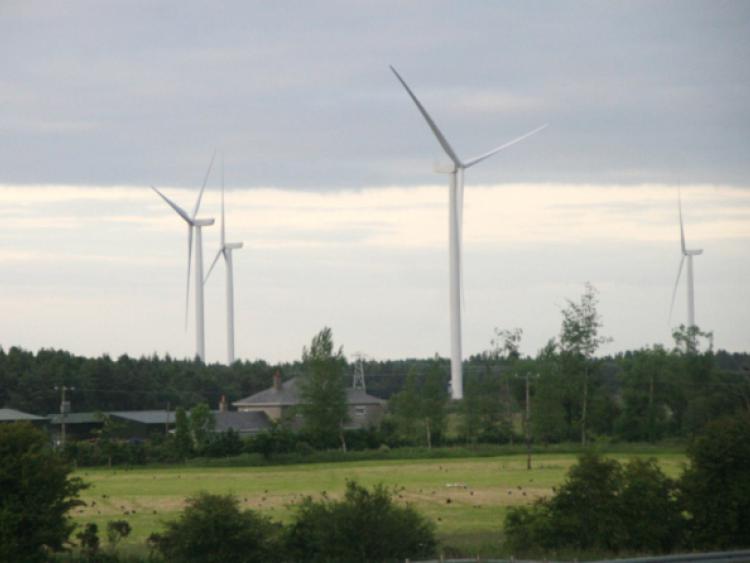 Laois wind awareness group People Over Wind have been granted leave to appeal an An Bord Pleanála rulling in the High Court, over the approval of Cullenagh windfarm.

Laois wind awareness group People Over Wind have been granted leave to appeal an An Bord Pleanála rulling in the High Court, over the approval of Cullenagh windfarm.

The hearing is expected to take place after Christmas, with the €50,000 legal cost raised by Cullenagh residents and supporters.

The 18 turbine windfarm proposed on Coillte owned land in Cullenagh, was first turned down by Laois County Council. It was later approved by An Bord Pleanála, against their own inspector’s advice.

Paula Byrne is PRO of People Over Wind is.

“Our understanding now is that Coillte can’t do anything until after the hearing. We are holding them off at the very least,” she said.

They will argue that permission was given despite the council citing a lack of information in the application, and that inadequate reasons were given for ignoring council concerns or the inspector’s recommendation.

Raising €40,000 of the legal fees was done in a week, but with a few thousand still needed, Ms Byrne is appealing to the wider county

“We are looking for anybody to support us. If this proceeds, we believe it will be a free for all for windfarms in Laois,” she said.

It is one of several cases against An Bord Pleanála’s windfarm decisions to be heard in the High Court.

“There is a slew of cases against them. That has huge repercussions for planning,” said Ms Byrne, who says the group will keep up their fight.

“If we lose, we will be heading to the Supreme Court or the European court, we will go as far as we can, we will fight all the way. Obviously we have limited resources, but we feel we have a very strong case. A similar case by a Roscommon group was won, and that sets a precendent,” she said.

Semi-state forestry company Coillte Teoranta said they could not comment.

“The appeal that has been granted for a judicial review of the decision made by An Bord Pleanála, is not something on which Coillte can comment. Cullenagh Wind Farm is a wholly owned Coillte wind farm development that will generate clean energy for the needs of more than 20,000 homes. Energy generated will connect to existing grid infrastructure at Portlaoise via an underground cable.

Coillte is aware that there are local concerns and is committed to engaging with people to listen to those concerns. We recognise the importance of community input for the project,” the company said.