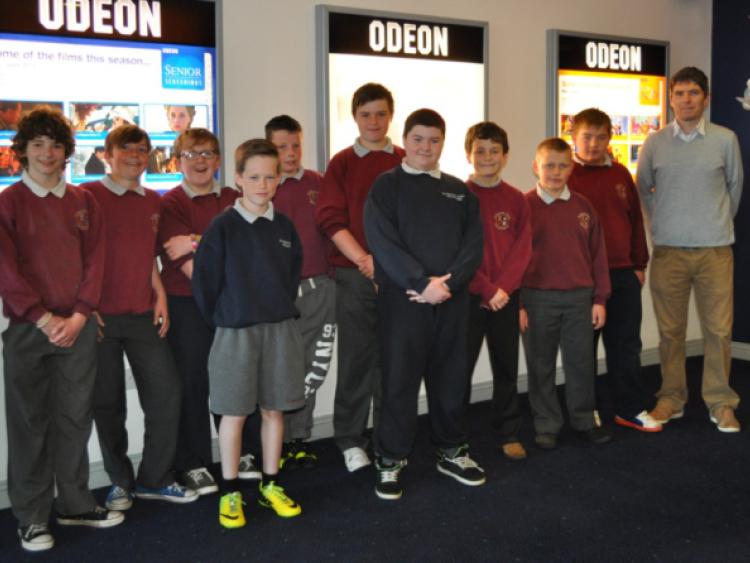 It’s ‘Oscar’ time for a dozen young talented film-makers from Portarlington, whose animated film ‘Monkey Business’ has been shortlisted for a national award.

It’s ‘Oscar’ time for a dozen young talented film-makers from Portarlington, whose animated film ‘Monkey Business’ has been shortlisted for a national award.

The stop motion animated short film was made last year by 6th class boys of St Patrick’s Boys NS, with the help of teacher Stephen Terry.

“Luke Melvin wrote the script, inspired by a Charlie Chaplin character. Luke was also one of the directors and animators, along with Lee Dixon. Billy Irvin was our camera man. They were the main driving force behind the project. Other cast members were Cory O’Brien, Gary Donagher, Laurynas Kunavicius, Conor Slevin, Gavin Singleton, Adam Maher and Calvin Smith. There was a lot of work involved. One 20 second scene would take an afternoon to make,” he said.

He was delighted with the hard work put in.

“The boys were great, very enthusiastic, competent and talented, There was a role for everybody,” he said.

The movie was initially made for the Laois Education Centre Fís Film Screening, shown last May in the Odeon Portlaoise and winning a prize for Best Animation.

“Jim Enright and Catherine Burke in Laois Education Centre do a great job in hosting this event each year and encouraging schools to take part,” said Stephen.

The school then entered the national festival and were thrilled to be one of 24 schools shortlisted for an award.

“The boys were delighted. They are all in secondary school now but they were calling back in to ask if there was any news. The number of entries is going up in this competition every year and the quality is improving, so it is a great honour,” said Stephen.

They will be going to The Helix in DCU for the awards night on November 4, hosted by RTE’s Sinead Kennedy and Eoghan McDermott.

The FÍS Film Festival is a Department of Education initiative in collaboration with Dún Laoghaire Institute of Art, Design and Technology.