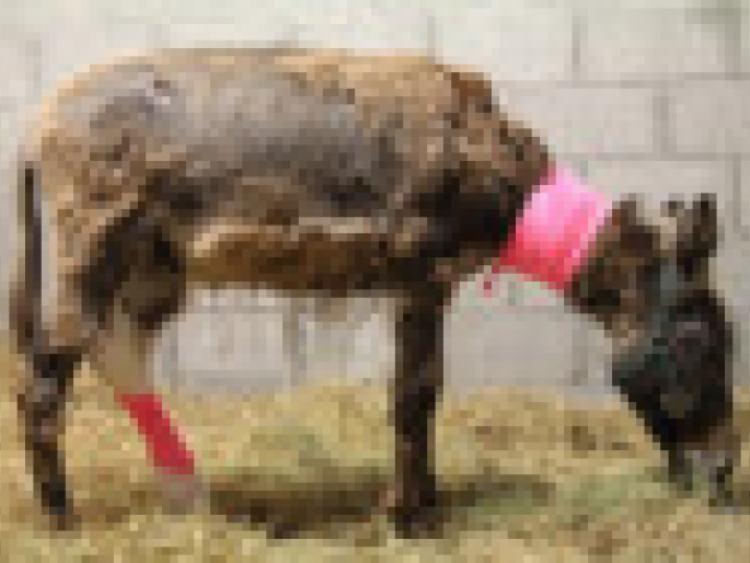 A neglected young donkey rescued recently near Rosenallis was so badly wounded that it had to be euthanised.

A neglected young donkey rescued recently near Rosenallis was so badly wounded that it had to be euthanised.

The foal which was less than a year old was reported to the Laois Society for the Prevention of Cruelty to Animals (LSPCA) last week.

“A passer by saw the donkey was standing with one leg held up and suspected that it was seriously injured,” said volunteer Susan McGennis.

“Investigation revealed that the foal was suffering to a terrible degree, with an horrific wound on its foot and two further wounds on its side and head. Maggots were clearly visible on the leg wound,” she said.

Desperate efforts were made by the LSPCA to save the animal but following treatment by Portlaoise Veterinary Clinic and Troytown Equine Hospital, a tough decision was made to put it down.

“Its injuries were too severe to allow the foal any chance of recovery. The maggots had gone through its flesh and into its bones. Eventually its hoof would have fallen off. It really was a disturbing and gruesome case of needless suffering,” said Ms McGennis.

The case has been reported to the Gardai, and is one of several reports of equine neglect and cruelty in Laois under investigation by the ISPCA.

Penalties for cruelty under the Control of Horses Act include fines up to €1,500 and or six months imprisonment. On conviction on indictment, the maximum fine is €10,000 with a possible two year prison sentance.