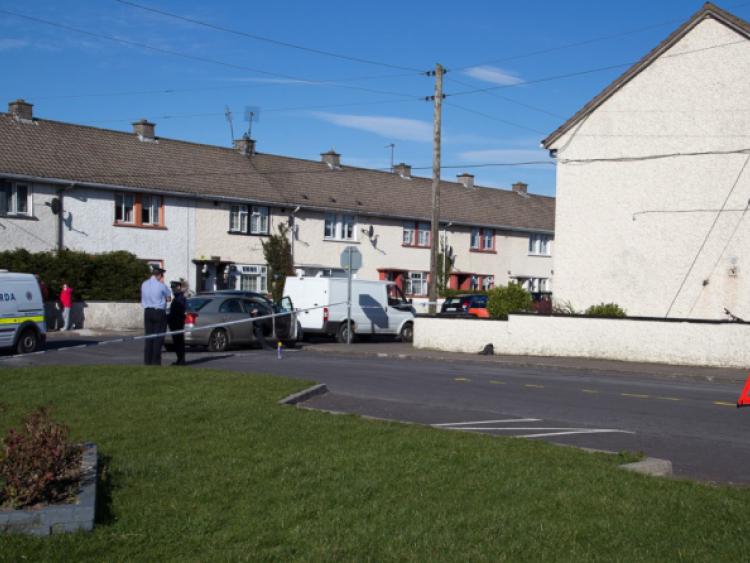 There is great shock and sadness in Portlaoise at the tragic death of a five-year-old girl.

There is great shock and sadness in Portlaoise at the tragic death of a five-year-old girl.

Named locally as Maria Louise Greene, the girl is understood to have been out playing near her home when struck by a van early yesterday afternoon in Portlaoise (Saturday, March 15).

Gardaí in Portlaoise are investigating the incident at St Brigids Place which they say occurred around 12.20pm. A junior infant pupil at Gaelscoil Phortlaoise, the girl was removed to Midland Regional Hospital Portlaoise where she was pronounced dead.

The scene was been preserved and a forensic collision investigation was due to be carried out at the scene.

Funeral arrangements have yet to be confirmed.

Beloved daughter of Stephen and Amanda (nee McGinley) and dear sister of Stephen. She is also deeply regretted by her heartbroken and devoted parents, grandparents Denis and Mary McGinley and Noel and Josephine Greene, uncles, aunts, granduncles, grandaunts, cousins, neighbours, relatives and many friends.

Maria will repose in her home from 5pm on Sunday. Removal from her home at 11.10am on Tuesday, March 18 to SS Peter and Paul’s Parish Church in Portlaoise for funeral mass.

Burial afterwards in SS Peter and Paul’s cemetery on the Stradbally Road, Portlaoise.