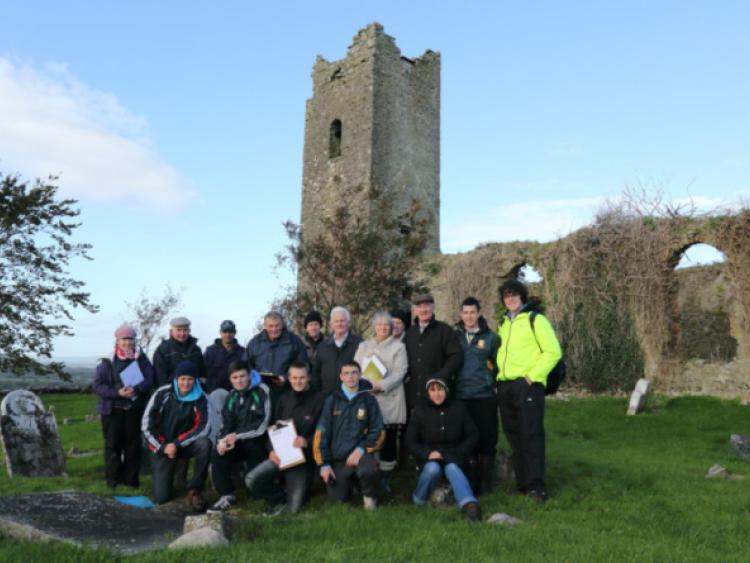 Laois’ diaspora will be able to trace their roots a little easier thanks to the digital recording of graves in the historic site of Dysart Enos Church.

Laois’ diaspora will be able to trace their roots a little easier thanks to the digital recording of graves in the historic site of Dysart Enos Church.

It was attended by transition year students from St Mary’s CBS Portlaoise and members of the local community, including Cllr James Deegan.

“This survey catalogues each individual headstone and the information gathered when down loaded on to the internet allows people all over the world to search their ancestry, especially people from the Ratheniska,” he said.

It is just the start of good news for Dysart.

A conservation survey and report, commissioned by the committee, is soon to be launched by by Conservation Architect Phillip McLoughlin from Lotts Architecture and Urbanism, funded by Laois Partnership.

The survey will outline measures needed to stabilise and conserve the historic holy site, and the cost involved.

Some of that money has already been raised by a committee led by Dr Kate Ramsbottom, who undertook the selling of the official programme at the National Ploughing Championship in Ratheniska, raising €3,300.

Further grants will be sought under the new Rural Development Programme to be announced later this year.

“The resultant work will ensure the preservation of Dysart-Enos Church and Graveyard for future generations,” said Cllr Deegan.

Ireland Reach Out is a national reverse genealogy programme with the objective of reconnecting the Irish Diaspora back to their place of origin. It also aims to boost the local tourist potential by facilitating overseas visitors to earch for their roots online.