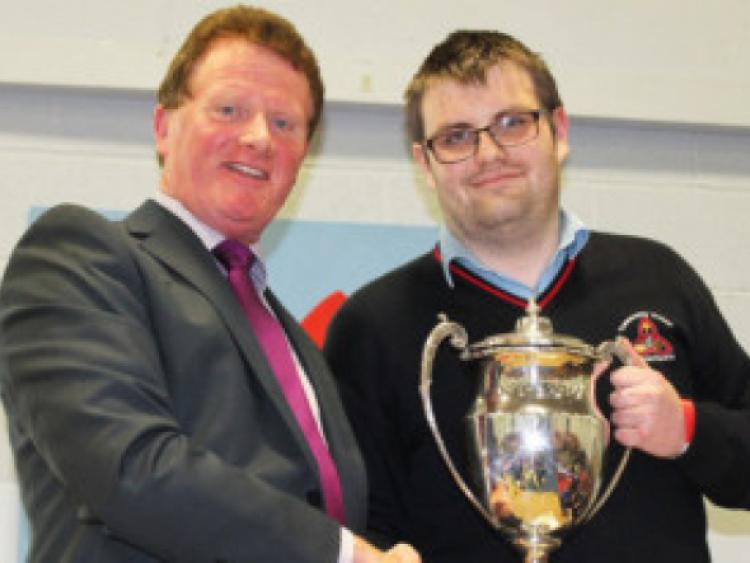 Mountrath Community School recently hosted their school awards which were attended by students of the school, as well as their families, teachers  and school staff.

Mountrath Community School recently hosted their school awards which were attended by students of the school, as well as their families, teachers  and school staff.

A wide variety of awards were given out, including academic awards, sports awards, arts awards, science awards and special achievements awards.

A number of students from the school completed extra curricular activities throughout the year, and these were also recognised. Molly Donnery was the All Ireland champion in the Scor na nOg talent competition; Michael Nevin is the Schoolboys Boxing u16 national champion; Luka Rice is an All Ireland talent show Leinster finalist; Ireyo Adebari and Senan Moran were successful in the Euro-Direct soapbox competition; and Jean Kennedy came 4th in the World Irish Dancing championships.

There were a number of presentations made throughout the event, with some special guests including Professor Patricia Casey (Mater Hospital), Laois senior hurler Willie Murphy, NCAD lecturer Brendon Deasy, President of UL Professor Don Barry, and Carol Dalton from Mountrath Bank of Ireland.

There were also a number of performances from students on the night, as well as speeches from Head Girl Caoimhe Duggan and Head Boy Cathal Phelan.