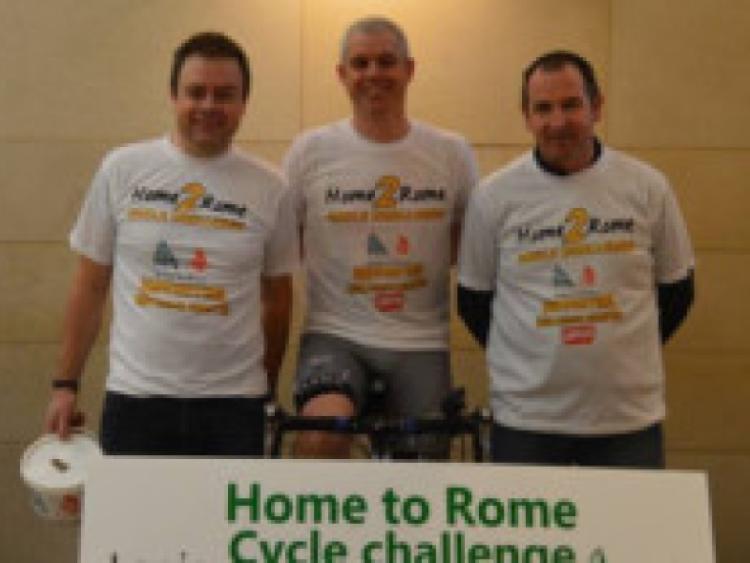 Laois fashionistas will be snapping up tickets for a charity fashion show in the Heritage Hotel Portlaoise this April 3, in aid of cancer support service, the Cuisle Centre.

Laois fashionistas will be snapping up tickets for a charity fashion show in the Heritage Hotel Portlaoise this April 3, in aid of cancer support service, the Cuisle Centre.

Many of the catwalk models have used the services of Cuisle themselves, and gladly offered to take to the catwalk to raise money for the charity.

“They are going to be the centre of attention, for better reasons, it will be an emotional night,” says Portlaoise prison officer Francis Rogers.

He and his sister Michelle Harrington have organised the show, as part of a campaign by Francis to raise €5,000 for the Cuisle Centre.

He chose to raise money for Cuisle because some of his late colleagues and their families had benefited from the centre.

“Everyone knows someone affected, “ he said.

A keen cyclist, he will represent Laois on the ‘Home to Rome’ charity cycle challenge this June.

32 cyclists will cycle from their homes, 2,000 km across the Alps to Rome, all to support their local cancer charities while carrying Donal Walsh`s message of #Livelife.

“This is my third fundraiser since I signed up for the challenge. We held a quiz night in Killeshin and a sponsored cycle on-the-spot in Laois Shopping Centre, raising €2,000,” Francis said.

A member of the prison officers Complex Cycling Club, he is hoping some of his colleagues will be on the catwalk too.

Tickets for the fashion show are on sale for €10 from the Cuisle Centre, Shaw’s Boutique and Shaw’s Department Store.

Banks Beauty have offered to do the models’ hair and make-up on the night.