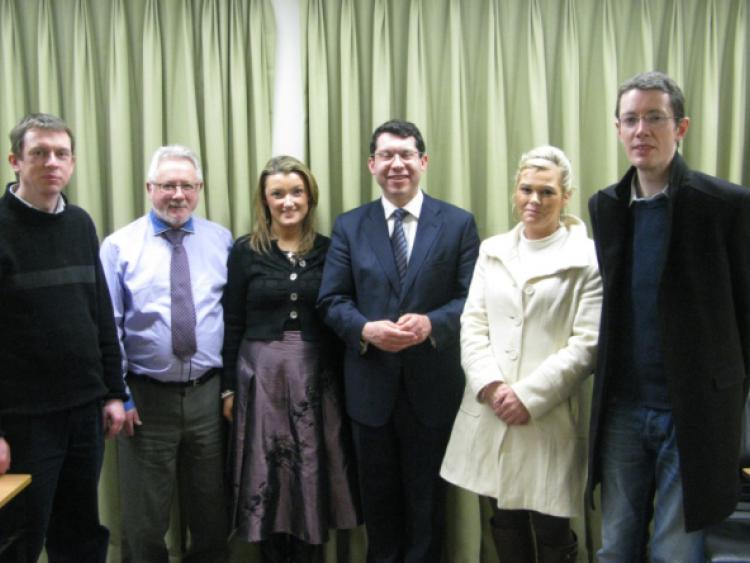 There is increasing concern about the culture of blind party loyalty, Senator Rónán Mullen told a public meeting in Portlaoise last Thursday evening.

There is increasing concern about the culture of blind party loyalty, Senator Rónán Mullen told a public meeting in Portlaoise last Thursday evening.

Addressing a gathering in the Maldron Hotel, the MEP candidate said there was now a ‘dangerous loss of trust’ in politics and politicians.

“This is a very serious situation because the more people disengage from politics, the greater the risk that selfish and anti-social elements exploit power for their own ends,” Senator Mullen said. There was also the sense that the party whip system meant that elected politicians had no actual power and were only ‘Yes-men and women ready to do the bidding of party bosses when the voting bell rings’.

Senator Mullen said that the Government’s economic recovery seemed to be only happening in Dublin. “55% of the IDA sponsored visits from overseas investors were to Dublin while areas like Laois were being ignored with no visits in 2012 and just two visits by international investors last year. This is simply unacceptable. Not enough is currently being done to highlight EU funds that could assist in job creation for Laois.”