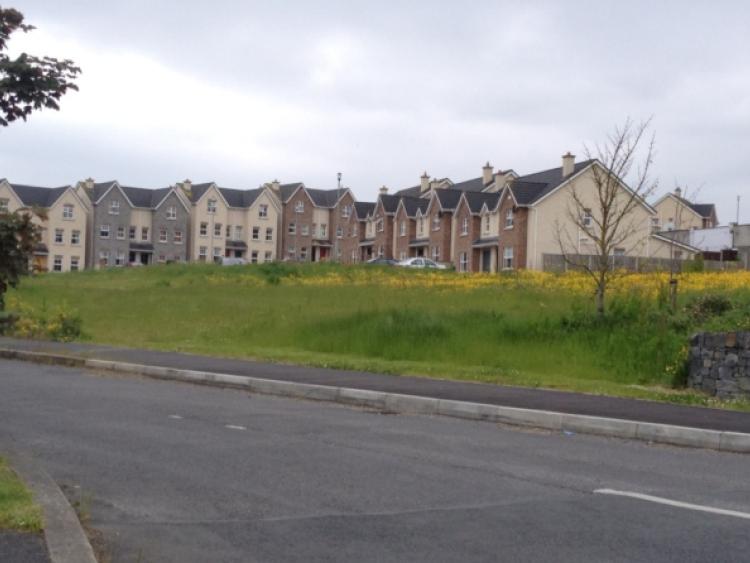 Diggers are on site in Rockview in Portlaoise to finally finish off the estate, abandoned by a developer, but they are not completing the green, to the anger of residents.

Diggers are on site in Rockview in Portlaoise to finally finish off the estate, abandoned by a developer, but they are not completing the green, to the anger of residents.

Laois County Council have a budget of half a million euros to fix a multitude of problems, gathered from the bond and the sale of several houses.

The work will include realigning a road,fixing sewerage and drainage, lights, tarmac, manholes, footpaths and fencing.

However they have changed their initial plans to also level and reseed a large green at the front of the estate.

One resident contacted the Leinster Express, angry that there will still be nowhwere for her child to play.

“The green is four foot high and full of weeds. The diggers are there digging up sewage pipes, and the water meter installers are here too. you couldn’t bring a child out. I just think it is very ironic that in three months time they will have roads but nowhere for children to play,” she said.

She says residents don’t have the money to fix the green themselves.

“I was told by Cllr Jerry Lodge and by Sinn Féin that it was all going to be finished, with benches and everything, but it will never be finished. The builders are not being paid to do it, but now is the time, they have all their equipment, it’s not going to take all that much more,” she said, adding that an existing green at the rear of the estate was not enough.

At last Tuesday’s TC meeting, Cllr Jerry Lodge asked for the green to be finished, and a 200m stretch of unlit road.

“The green will not get topsoil replaced or be reseeded, we want to insist on that being done. LCC got a huge amount of development charges, this is the minimum residents are entitled to,” he said.

“There’s flooding outside a house, a light banging off a house wall and only two ramps.” added Cllr Caroline Dwane.