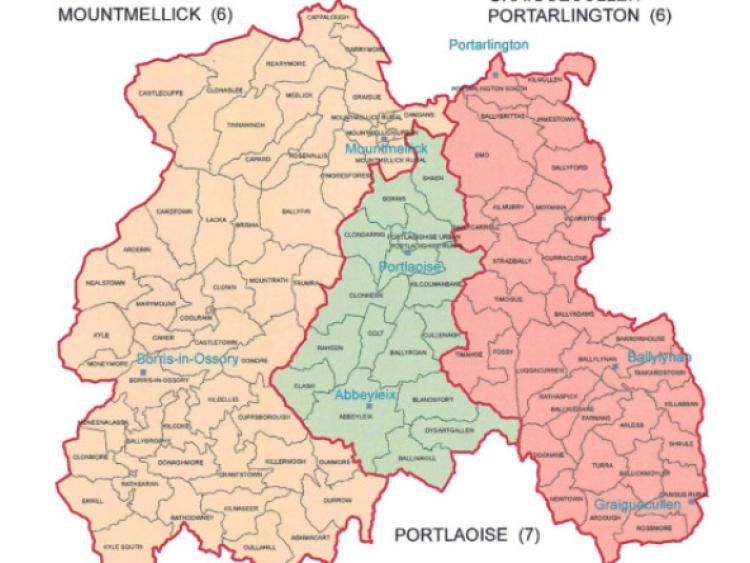 Scrapping town councils, cutting county councillors and redrawing the election map represents a radical change and according to some will further damage democracy in Ireland.

Scrapping town councils, cutting county councillors and redrawing the election map represents a radical change and according to some will further damage democracy in Ireland.

Arguments over the big picture aside, the people of Laois will have far fewer politicians to go to for help after May 23 than they did heretofore.

While politics is going through the roughest era since independence, we still need politicians and public representatives. Perhaps fewer of them will make the new crop more efficient, answerable and accountable than the current local government system.

The equally radical change being made by the Government through Minister Phil Hogan is the shake-up in council areas. In Laois three sprawling ‘municipal’ districts have been created. They merge big towns with the rural areas but it remains to be seen what the impact will be in both the election and afterwards.

It is possible that candidates from the big towns could completely dominate these elections especially in Laois where the urban growth of recent years has been dramatic.

The obvious knock-on of this is that money and resources will desert rural areas.

Another possible outcome is that our system of elections could end up with towns being under-represented leading to a scenario that potholes are prioritised over people.

Whatever happens at this election, it is arguable that the new system favours electoral dominance by towns such as Portlaoise, Portarlington and Mountmellick. As this recession ends and demand for housing grows these towns will get bigger.

New planning rules have also ruled out the building of estates in rural areas or villages. This is not a bad thing to a point, but there will be price to be paid for scrapping areas which had a rural leaning such as the Borris-in-Ossory area or at least a balance of rural and urban like the former Luggacurren electoral area which ran from Timahoe to Graiguecullen.

There are 45 candidates going for election on May 23. It has been a fairly lacklustre campaign and voters will probably vote on national issues like water charges and household taxes.

While some local issues will come into play, the dominance of the big national issues means that the Government candidates will be under pressure. The promotion of Charlie Flanagan to the cabinet might be a factor in bringing back some people to Fine Gael and Labour.

The cutting of the councillors will also put pressure on the electorate to choose candidates on ability over loyalty.