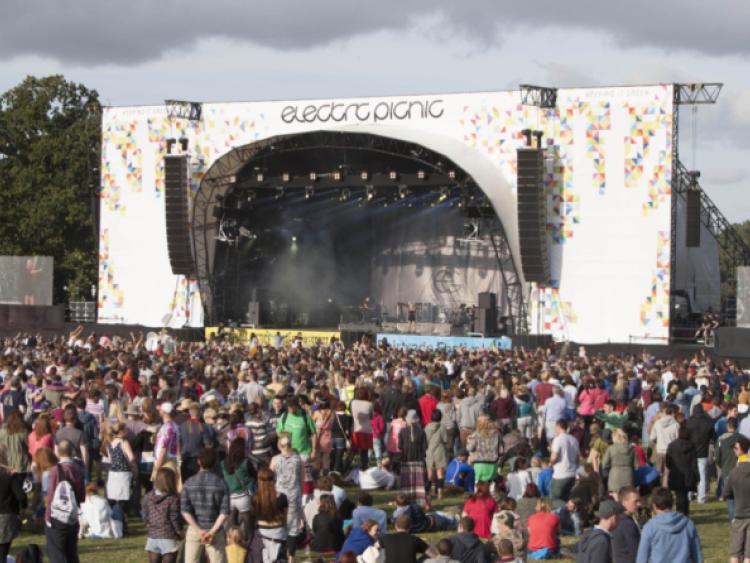 The coffers of local charities in Laois were swelled by thousands of euros following contributions to avoid criminal convictions from those detected with drugs at the Electric Picnic.

The coffers of local charities in Laois were swelled by thousands of euros following contributions to avoid criminal convictions from those detected with drugs at the Electric Picnic.

Over 200 defendants were before last week’s sitting of Portlaoise District Court charged with possession of drug(s) from small amount of cannabis, valued at 5, to assortments of drugs including cocaine, amphetamine and LSD etc.

The vast majority of those before the court had their case struck out on condition they make a contribution of €300 to the court poor box. Some contributions went up to €500 in cases were there were aggravating factors, such as people being uncooperative with gardai, or having large quantities of a drug.

Several of the people before the court explained to gardai that larger amounts found in their possession were to be shared amongst friends.

Judge Catherine Staines had told the court that people were before the court after being found in possession of illegal substances.

She reminded the defendants that an appearance in court is a serious matter. “If you take these substances then you should be aware that you are supporting criminal gangs. These are the same criminal gangs who are involved in extortion, theft and murder,” she said.

People were risking a prison sentence by possessing drugs, she warned. However, she said she was willing to give offenders one chance.

She said the officer overseeing the drug detection and prosecution operation will keep track of the prosecutions. “Garda Pat Scully keeps a full record and if you come before the court again you will not get a second chance,” Judge Staines said.

Judge Staines said she had to balance the serious nature of the offences against the future prospects of many of the defendants, who are young, some of whom have recently completed their Leaving Cert while others were still in college or had embarked on their first job.

These were the reasons for not imposing a criminal conviction, which would harm young people’s career prospects and also curtail their ability to travel abroad in the future.

With over 200 defendants before the court, Judge Staines said it was not possible to talk to each individual person. She said the contributions from defendants would go to charities in the region who provide addiction treatment, amongst other things. Two charities which she named as beneficiaries were the local Simon Community and Laois Domestic Violence.

Defendants came from across the country, with a large amount of those coming from nearby county Kildare, Defendants from north of the border were also detected in possession of illegal drugs, with some defendants travelling from the UK to meet the charges.

A telling feature of many of the cases was the defendants have emigrated to find work, the majority of whom live in Canada while others are now working in the US, Australia and New Zealand. Several others plan to travel and work abroad in the future and so were anxious to take up the opportunity to make a financial contribution to the poor box, and avoid a criminal conviction and the resultant consequences.

Another feature of many of the cases was that many graduates were in low paid jobs, and some were unable to make the financial contribution on the day and had their cases postponed. Judge Staines pointed out on several occasions that defendants were able to purchase tickets to the concert and also buy the illegal drugs, so could not expect to make any less of a contribution than €300.

During the course of the day, the judge made comments in relation to some of the defendants. It was pointed out to one young man who plans to work in the health and fitness industry that he did not know what was in the ecstasy he purchased and did not know what long term effects taking such drugs could have on his health.

She also pointed out to one female defendant that she should have been able to enjoy the festival without taking drugs. “It is supposed to be about the music,” she said.

A man studying to be a social-worker was told that many of the people he might be caring for in the future could be individuals who had been damaged by drink and drug abuse in the family home.

Electric picnic celebrated its tenth year in Stradbally last summer with the serving Cathaoirleach Cllr Mary Sweeney having the honour of cutting the anniversary cake on stage with Fatboy Slim and estate owner Tom Cosby.

The Electric Picnic music and arts festival is due to run from August 29 to 31.