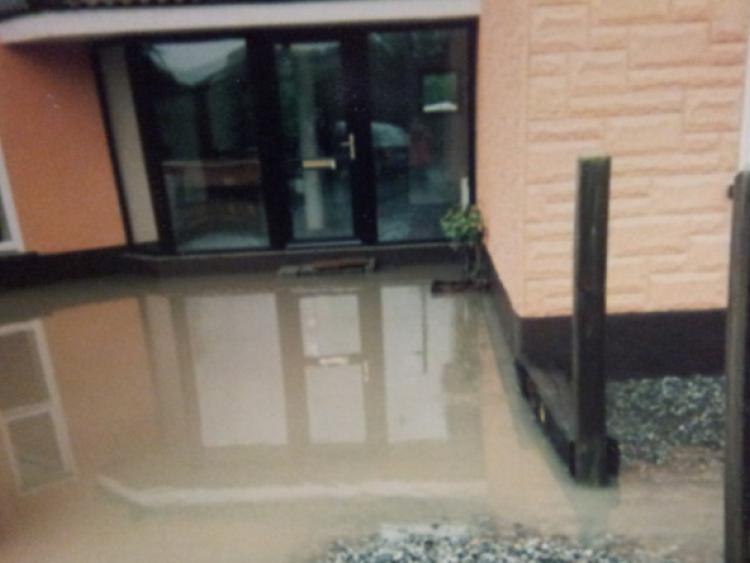 Raw sewage ‘boiled up’ on to a road and into gardens in Ballycarroll last Friday September 26, to the disgust and anger of homeowners nearby.

Raw sewage ‘boiled up’ on to a road and into gardens in Ballycarroll last Friday September 26, to the disgust and anger of homeowners nearby.

It is the latest of nearly a dozen sewage floods going back to 2008, after housing and hotel developments in Killenard.

“It is not fair. I am getting sewage from Killenard and Ballybrittas, it’s the only thing I have got from the celtic tiger,” said resident Raymond McGill whose garden was flooded in the past when rain and the sewage combined.

He called Laois County Council to alert them.

“The smell was the first thing I noticed as I was working in my garden. It was boiling up and lifting the manhole, I counted six or seven cars who drove through it. We couldn’t open a window that evening,” he said.

The sewage included toilet roll and a condom.

“It was washed away by the council with disinfectant some time before the next morning, but it was washed down the road, not sucked up with a pipe,” hesaid.

It is the latest in eleven floods, and Mr McGill is angry that the problem is unsolved.

“I am disgusted. I have been writing letters and talking to councillors since 2008. I have asked Cllr Tom Mulhall to bring it up at the monthly meeting. I have to pay for my own septic tank, but the council can’t sort out their own problems. They tell me a council worker has an alarm, but I seem to have to notify them every time. Last time it happened because they forgot to turn the pump back on after it was serviced, who would forget to do that?” he said.

He has big health concerns.

“It was lying in my neighbour’s driveway after they washed it. They had to drive through it and they have two small children. It happened once on a Sunday and all the cars drove through it to mass. It is not fair on us, I just want it sorted,” he said.

Homeowner Denise Noone described the sewage as flowing like a stream from hell.

“This ongoing issue affects three households in upper Ballycarroll. Not to mention the amount of people, mostly children, walking or cycling. The manhole was lifting from the pressure beneath and pure waste and toilet paper were pouring out. On Friday night at 8pm it was drizzly, we had the mains water leaking on the road and directly across we had the sewage leaking, all pooling together and flowing like a Hades stream down into our three gardens. You can imagine the smell,” she said.

She is angry at Laois County Council for not upgrading sewerage in the boom.

“The council authorised the planning of new estates and the hotel with laying of mains and waste pipes. We are not on the waste system. They are accountable since 2008. We want action please. It is dreadful to think of the health implications. There is no disinfection of our grounds, just at the manhole. There was a phone call this morning to say sorry but still no action,” she said.

Irish Water refused to comment on the situation at Killenard.