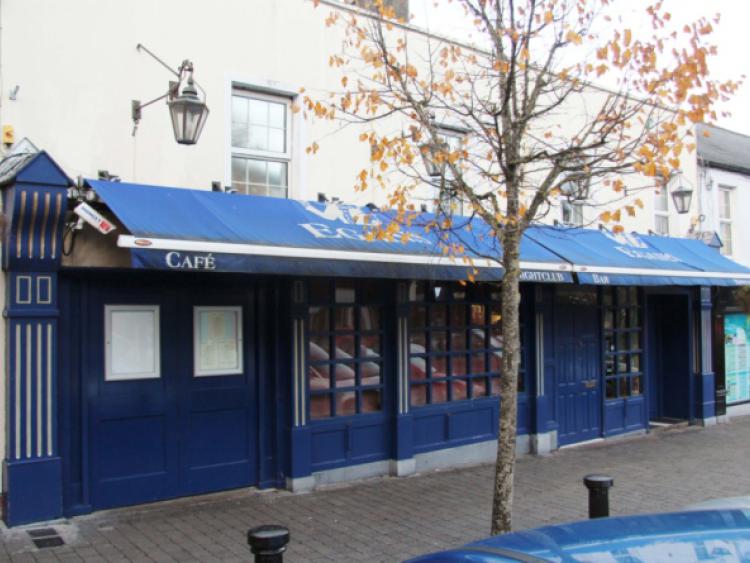 Portlaoise family business O’Loughlin’s Hotel has given a half million euro vote of confidence to Main Street, buying the recently closed down Egan’s Hostelry at auction.

Portlaoise family business O’Loughlin’s Hotel has given a half million euro vote of confidence to Main Street, buying the recently closed down Egan’s Hostelry at auction.

The pub, restaurant and nightclub, run by the Egan family for over 80 years, went into receivership in early October, closing on October 16, to much disappointment from customers and retailers.

It left a void on lower main street, with the already vacant Shaw’s store next door.

Declan O’Loughlin and his son Ivor, manager of O’Loughlin’s Hotel which is also on main street, has confirmed to the Leinster Express that they bought Egan’s for €505,000.

“We are going to open it as an exclusive nightclub in a couple of months, and continue the food as well. I n fairness to John (Egan) it is a very good property, very well furbished, and only needs a cosmetic approach,” said Mr O’Loughlin.

It it good news not just for retail businesses on the street, but for jobseekers.

They plan to move their existing nighclub, Club 23, out of O’Loughlin’s Hotel.

“We were short a function room for things like weddings and parties,” said Mr O’Loughlin.

He has noticed an improvement in trade on Main Street.

“Things seem to have picked up over the last year, hopefully that will stay the same. I am optimistic for the future, things are looking better and hopefully the recession is gone,” he said.

He hopes the vacant Shaws shop, bought by Laois County Council for a new library, will reopen soon.

“I believe there is a delay, but for the future of main street, we need as many retail businesses as possible. Too many have closed,” the hotelier said.

Egan’s Hostelry was put up for sale at a distressed property auction by Allsops last Tuesday December 9, It had a top reserve of €425,000.

Also sold at the two day commercial and residential auction were five apartments at the Maples, Forest Park, Borris road with a reserve of €205,000, sold for €225,000.