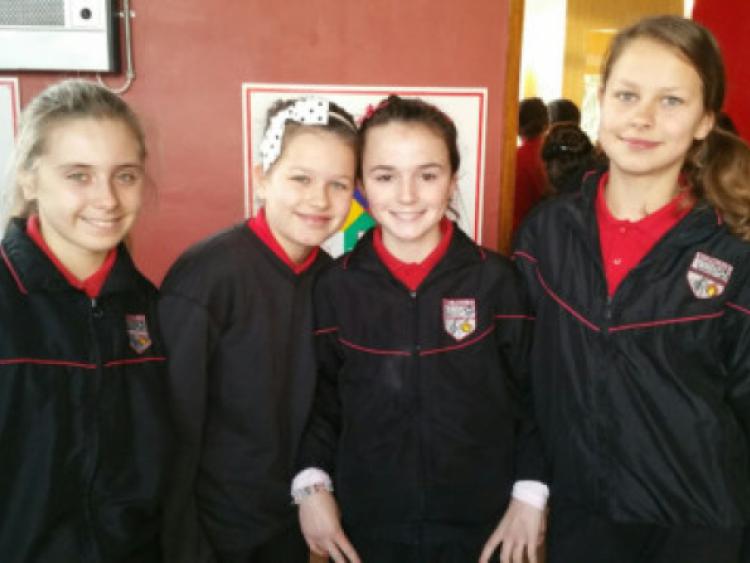 The auditions have been tough and the excitement is building among pupils and teachers for the glittering St Paul’s Xmas factor final this Wednesday morning.

The auditions have been tough and the excitement is building among pupils and teachers for the glittering St Paul’s Xmas factor final this Wednesday morning.

A fun filled show of talent, boos and cheers will include a performance from all the school staff of ‘Do they know it’s Christmas?’, while the line-up of judges is “a big big secret” according to the principal.

“We have to wait and see,” Des Sutton said.

The teachers are also in on the act.

“Paul Finn says he is very nervous, as the last time, despite practising and performing really well, he was slated by the judges,” he said.

There is great excitement in the Portlaoise school as Christmas approaches, with decorations and the tree up, and lots of activities planned.

Medals were also presented to the winners of the conker competition and chess tournament.

Today Tuesday December 16, boys and girls are going to the Kyle Centre for carol singing, including solo performances, accompanied by Mr Griffin on guitar.

On Wednesday the girls of the school will perform their musical “Stable Manners”, telling the story of Christmas from the perspective of the animals in the stable.

“The excitement is palpable among the girls as they await the performance, a culmination of hard work, perseverance and talent. The brain child of Ms Orlaith Donegan and Ms Noreen O Sullivan, this is sure to be the hit of the season,” said the principal.

On Wednesday afternoon the “Big Draw”, takes place. Seventeen Christmas meat hampers, as well as various other prizes are up for raffle, sponsored by local shops. The hampers are made by the local butcher, Sean, from Pat Harding’s. who has done an excellent job. The biggest Hamper is worth €100 Euros.