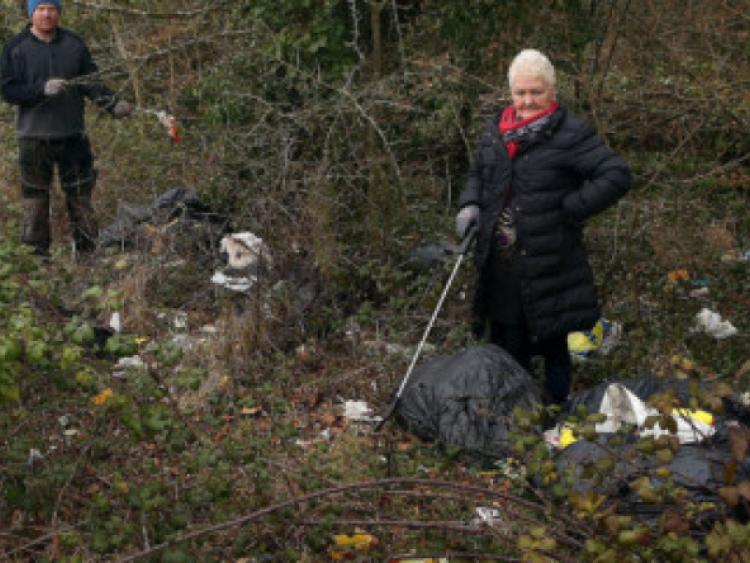 Anyone who illegally dumps rubbish in Laois should be named and shamed in the local papers, and stricter fines are needed through the courts to prevent the destruction of the Irish countryside.

Anyone who illegally dumps rubbish in Laois should be named and shamed in the local papers, and stricter fines are needed through the courts to prevent the destruction of the Irish countryside.

That was the message that went out from County Hall last week, during a discussion on dumping at the recent meeting of the Portlaoise Municipal District. Cllr Willie Aird proposed a motion calling on Laois County Council to deter littering in rural areas, while Cllr Catherine Fitzgerald called on the council to address the litter problem at Eyne.

“The majority of farmers have ditches cut and when you peel back a ditch you can really see the amount of rubbish that’s been dumped,” said Cllr Aird. “It’s grown in the last couple of years, it’s every road. Definitely the Ridge Road - mother of God, I never, ever witnessed such dumping in my life.”

He said people are also stopping at railway bridges and throwing bags of rubbish over the wall onto railway tracks. He called on Laois County Council to start using roving cameras in black spot areas, such as the ones used at bottle banks.

However, he sounded a word of caution: “I know of one person went to the bottle bank, the bottle bank was full and so he left the bottles there and then got a fine. That’s a little bit too much.”

Cllr Fitzgerald said the problem at Eyne has been going on for years, and declared that the law has to be changed.

“It is a black spot, the residents are always picking up bags of rubbish. The national law has to be changed, it’s just a fine of €150 and the people aren’t named in the paper - why? They should be named and shamed in the paper, it’s a major problem all over Ireland… the countryside is being absolutely destroyed with litter,” she said.

Cllr Caroline Dwane Stanley agreed with harsher penalties, but said she had huge concerns over naming and shaming people. She said she knew of a man in Meath who was brought to court after a bag blew away from him and the judge was very critical of the local authority, even going so far as the fine them.

“Absolutely name and shame them,” said Cllr Aird. “Anyone who goes out to a rural area, opens the car and throws out three bags of rubbish should be named and shamed. They’re not there ten minutes before every crow in the country is on it, then other vermin pull it around.”

Cllr Mary Sweeney suggested that barriers should be erected as used by Coillte to cordon off areas and prevent dumping. Cllr Jerry Lodge revealed that his Tidy Towns group had lifted 18 bags of rubbish recently and seconded Cllr Sweeney’s proposals for barriers to be erected.