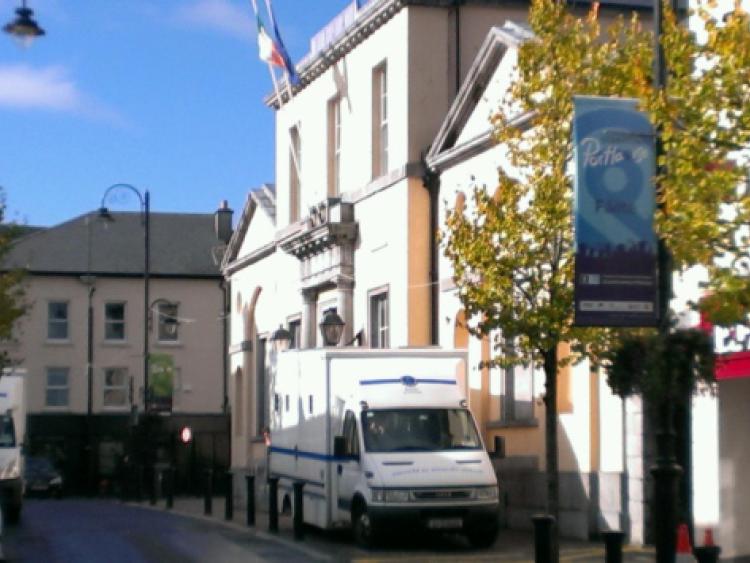 A Dublin man caught with a pump and drum used to siphon diesel who claimed the equipment was only for bringing water to horses had an appeal against a prison sentence refused at the recent Portlaoise Circuit Court.

A Dublin man caught with a pump and drum used to siphon diesel who claimed the equipment was only for bringing water to horses had an appeal against a prison sentence refused at the recent Portlaoise Circuit Court.

State solicitor Mr Donal Dunne gave evidence that at 7.50pm on March 29 last year, the gardaí noticed a van exiting the Monasterevin Industrial Estate without any lights on. The gardaí followed and observed the door of the van opening and a hacksaw being thrown out. When they stopped the vehicle the gardaí discovered a diesel pump and a diesel drum in the rear of the van, equipment which is used to siphon diesel from a tank.

John Cash, of Dublin 15, was subsequently given an eight-month sentence at the district court, for the possession of certain articles with intent to commit an offence. He had 29 previous convictions, including three for theft, larceny, public order offences, and a number of road traffic offences.

Appealing the sentence at the circuit court, barrister for Cash, Mr Pat O’Sullivan said his client admitted the articles were in the van.

“The van was not his, but he has to take responsibility,” said Mr O’Sullivan.

Defence said that the hacksaw had been thrown out of the van by a co-accused in the case, and claimed that Cash did not know why he had thrown it out.

He said that the five-gallon drum in the rear of the van and the pump were normally used to take water from rivers to horses, and explained that Cash had been in the area to visit his father-in-law in Portarlington.

Mr O’Sullivan also said his client had an issue with some of the previous convictions listed, with Cash claiming he did not drink alcohol.

Mr O’Sullivan asked the court to suspend the sentence imposed in the district court, which he described as severe.

However, Judge Terence O’Sullivan said that while it was to Cash’s credit that he had pleaded guilty, he was caught on the day red-handed.

“He lives in Dublin and was over in Monasterevin - that’s a good distance from home,” he said. “This was a fairly planned move, he was well away from home with items used to steal.”