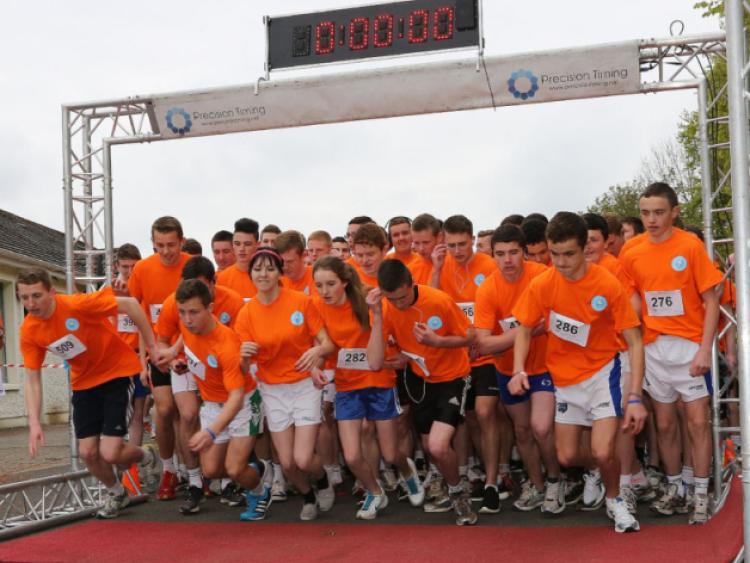 Lightening fast Irish rugby heroine Alison Miller from Laois and her teammateJenny Murphy are guests of honour at the Coláiste Iosagáin 5k run this Friday May 15.

Lightening fast Irish rugby heroine Alison Miller from Laois and her teammateJenny Murphy are guests of honour at the Coláiste Iosagáin 5k run this Friday May 15.

The two sportswomen played key roles in Ireland’s win of the Rugby Triple Crown this year, and will do so again in Port when they officially start the much anticipatedrace at 11.30am.

Coláiste Iosagáin is delighted to welcome them at what is their fifth annual run through the streets of Portarlington.

Teacher John Heraty said it is “a big boost”.

“It is great to have them, and nice to have female role models for a change, as up to now we have had male GAA stars,” he said.

There are 650 students and forty staff signed up for this year’s run, which as usual will start and finish in the school grounds.

“Particularly between the teachers, there is fierce rivalry, so the chip timing keeps things tight,” he said.

The local community are again asked to get out on the street and cheer on the runners, who will be wearing lime green t-shirts.

“I have run it every year and it is a great boost to have crowds of people cheering us on,” Mr Heraty said.

The route goes down the Bog Road to Marian Hill, into Spa Street, around by the leisure centre, up Main Street and back to the school via Patrick Street.

The students are training hard during PE.classes and after school. While there are prizes for the first home, the race is about more than just prizes.

“We make a point of encouraging every student, not just the athletes, with prizes for best improvers. Three quarters of them will run the whole route. More teachers and students have taken up running because of this run,” the teacher said.

“It’s a bit of a break from study, a bit of stress relief,” said Mr Heraty.

Medals are kindly sponsored once again by Oakdale Nursing Home next to the school, with help provided by St Michael’s Athletic Club.